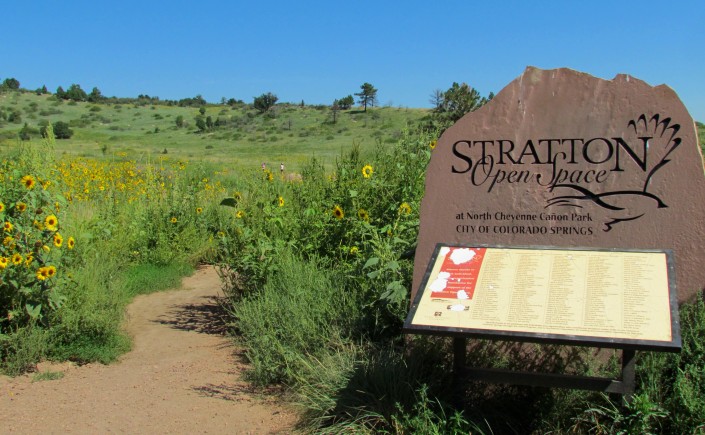 Near the former Stratton Park put onto the map by and named for the remarkable Winfield Scott Stratton after his death, Colorado Springs set aside precious land to preserve and protect from development. Surrounded by human habitation, Stratton Open Space was created in 1998 and represents one of nine open spaces under the city’s jurisdiction.

The 306 acre parcel in the foothills of the Rocky Mountains is among my favorite spots for running, hiking, and birding. A maze of trails measuring a total of eight miles welcomes visitors on feet, paws, hooves, and wheels (though a few paths are off-limit for bikes). The relatively compact area encompasses five ecological zones: a riparian corridor and wetlands, prairie-like meadows and a scrub oak/juniper plant community, as well as a ponderosa pine/Douglas fir forest. 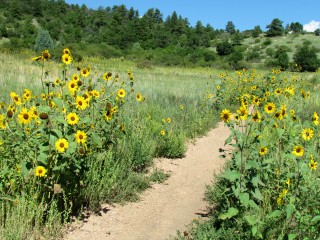 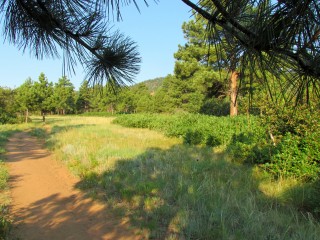 With the exception of rows of peaks rising in the west that are best seen from lower altitudes, the higher the vantage point, the broader the panorama. The hulk of Cheyenne Mountain dominates the south, beloved view and destination of Helen Hunt Jackson, one of my favorite historical personalities. 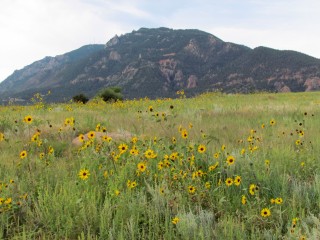 Cheyenne Mountain on a clear day 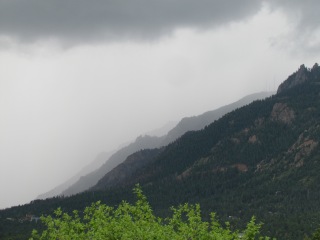 …and on a not so clear one…

The sonorous chimes of the Will Rogers Shrine on its flank divide each hour and might also rattle the remains of Spencer and Julie Penrose, who built the tower and chose it as their final resting place. Philanthropists and benefactors, they also founded the Broadmoor Hotel, easily visible from the park. It celebrates its centennial this year, having accommodated its first guests in 1918, and prides itself of having received a five-star Forbes rating for 57 consecutive years. 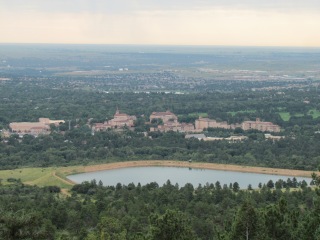 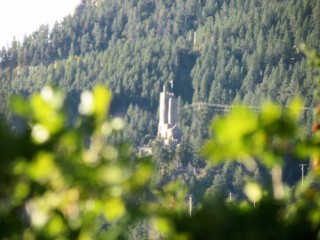 In the east the ever-expanding suburban space adjoins Colorado’s High Plains which eventually merge with those of our neighboring states, Nebraska, Kansas, and Oklahoma. 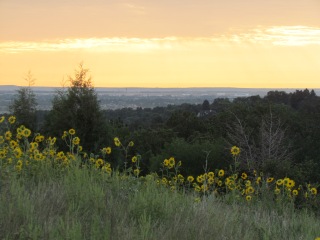 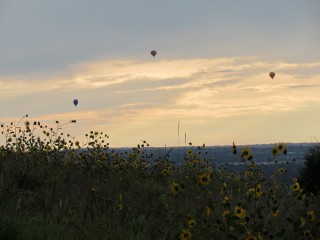 As pleasing as the wonderful vistas are the local flora and fauna. Each season has its charms, and even when flowering plants are absent, the dormant vegetation creates color and contrast. At the height of summer, a multi-hued carpet of wildflowers provides a feast for the eyes, and golden tapestries of sunflowers persist well into autumn. 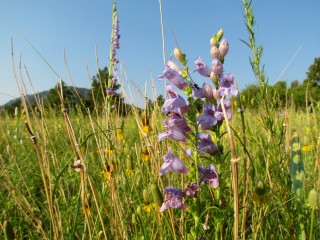 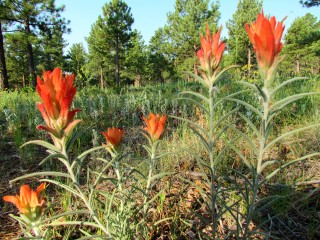 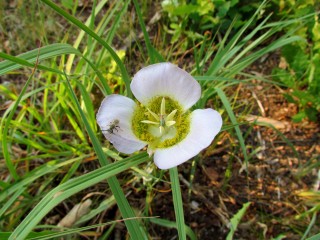 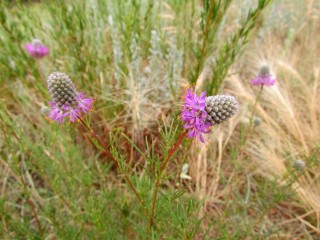 Avian activity abounds year-round, but other critters can commonly be seen as well. 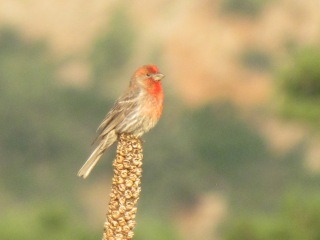 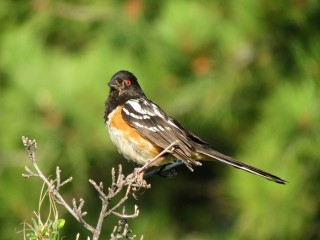 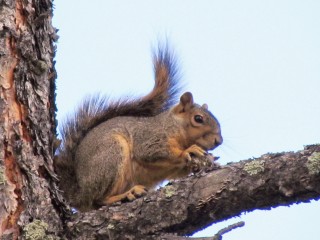 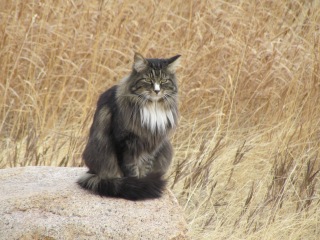 For the last two to three decades, Colorado Springs has been in the throes of rapid, unchecked urban growth. The more buildings, people and traffic, the more indispensable and treasured are oases like Stratton Open Space where, despite a degree of human management, nature still has a chance to run wild.