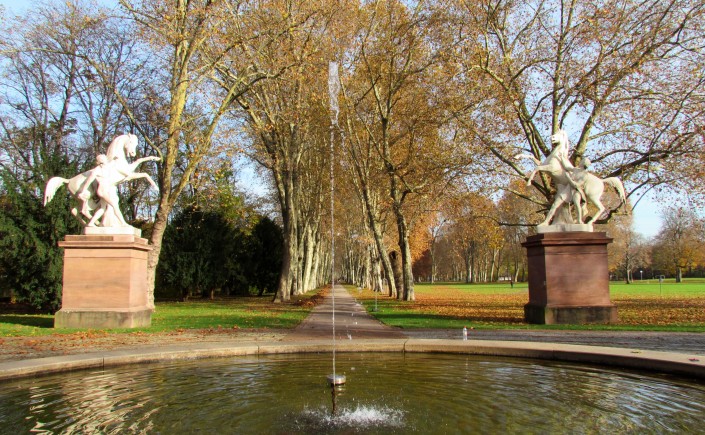 Renewed contact with relatives in Stuttgart in recent years has been enriching not only on a personal level, but has enabled me to combine family visits with those of natural enclaves. A few sites in particular have stolen my heart. Like a siren, they beckon me to return and like Odysseus, I am unable to resist their call. This past fall I sought them out again, following my first acquaintance the previous year.

Stuttgart’s Schlossgarten (Palace Garden) consists of three contiguous and connected parts. The Upper Schlossgarten nearest the center of the city has at its core the artificial reservoir Eckensee and is fringed by eye-catching edifices and monuments, most notably the New Palace, former residence of the kings of Württemberg. A bridge across the busy Schillerstraße near the Main Train Station leads north to the Middle Schlossgarten which merges with the Lower Schlossgarten. These two occupy a wider footprint and feel more removed from the hustle and bustle of the city. From one end of the Schlossgarten nearest downtown to the opposite end that abuts the Neckar River in Bad Cannstatt, the distance approximates two to three miles, depending on the directness of one’s chosen route. I like to meander, but still covered it in about two hours.

One corner of the Eckensee, with adjacent Königsbau on the right, and victory column on the left

Fountain of Fate (Schicksalsbrunnen) at the Upper Palace Garden

Urban natural oases might not offer the pristineness and solitude of more remote destinations, but they are welcome refuges and serve as reminders of nature’s adaptability and tendency to thrive when afforded the slightest opportunity. Surrounded by human habitations and incessant traffic, occupied by manicured lawns and choreographed trees, bushes, and flowers, the verdant lung of Baden-Württemberg’s capital nonetheless offers a home for many wild critters, though how wild they remain through constant contact with and frequent handouts by humans remains debatable. 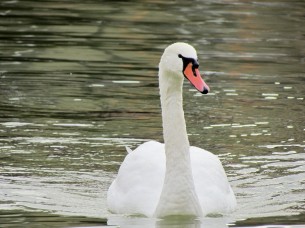 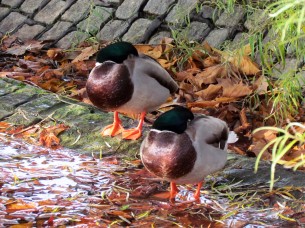 …nor are these sleeping Mallards near its edge

…as is the squirrel

Pond in the Middle Palace Garden 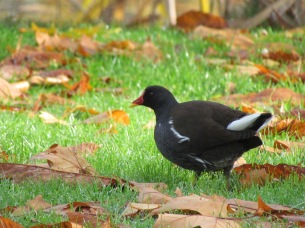 The Common Moorhen was very common

…as was the Eurasian Coot

The even more attractive Gray Heron

Despite a near-constant current of walkers, runners, and bikers, I encountered everywhere my favorite feathered friends whose presence perfected this picturesque panorama. As my visit to Stuttgart happened late in the year, autumn’s brush had dipped deeply into pots of gold and amber and burgundy, and had applied its strokes liberally to the local flora. On a day when the sun succeeded in counteracting the cloud cover that clung to the skies during the remainder of the week, those colors carried summer’s residual heat and warmed my heart and soul.