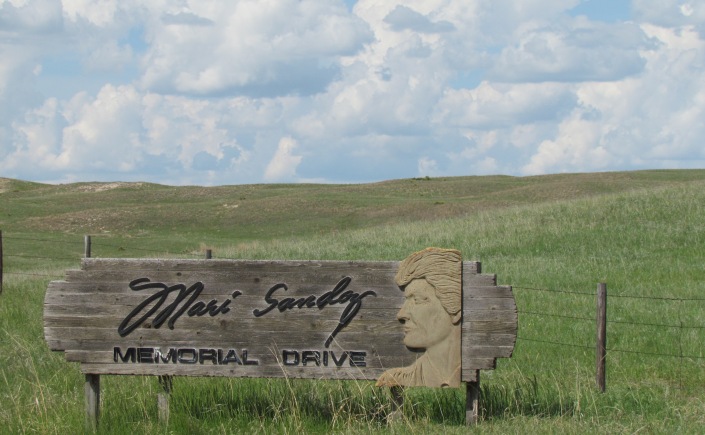 One of my favorite American writers, Willa Cather (1873-1947), put Nebraska on the literary map when she immortalized the state in several novels. I have previously reported on our literary pilgrimage to her childhood home. Thanks to my husband, who has read several books by a second Nebraska author, our recent visit to our neighboring state also included a second literary pilgrimage.

Mari Sandoz (1886-1966) was a daughter of Nebraska’s Sandhills. She grew up on an isolated homestead along the Niobrara River until the age of fourteen, when her parents moved the family to a second homestead, even more remote than the first. Her formal education ended after eighth grade, but she was a determined autodidact and lifelong learner. Following a brief marriage and divorce, she moved to Nebraska’s capital, Lincoln, at the age of twenty-two, where she spent many years, similar to Willa Cather. In another parallel, both women left Nebraska for the lure of New York.

Mari loved to write even as a child, but her parents not only discouraged her passion, they even punished her for it. When she won a prize for one of her short story submissions at the tender age of twelve, her father, Jules, a stern, opinionated, and violent man who considered writers “the maggots of society,” beat her badly, a treatment she had to endure throughout childhood. Undeterred, she continued to compose in secret, until she lived on her own. In Lincoln, while working as a teacher, she also attended classes at university, despite the lack of a high school education. And she wrote, submitted manuscripts, and suffered rejection after rejection. Reportedly, she burned seventy-plus manuscripts in 1933, before she moved back to the homestead after her father’s death, to live with her mother. Two years later, the publication of her first novel, Old Jules, ironically based on her complicated relationship with her father, was a career-turner, and the associated $5,000 award afforded her the freedom to write full-time thereafter.

Her canon includes at least twenty-one major works of fiction, non-fiction, biography, and essays, and many of her books are still in print. One of the benefits of her upbringing was exposure to Native Americans who lived in the vicinity, visited and exchanged stories with her father to which she was privy, and which caused a deep and abiding interest in and concern for the fate of the Indians. Many of her works deal with their history, such as Crazy Horse and Cheyenne Autumn. She was sympathetic to their situation, outraged at their mistreatment, and concerned for their future on reservations, and became an outspoken (outwritten) American Indian Advocate. 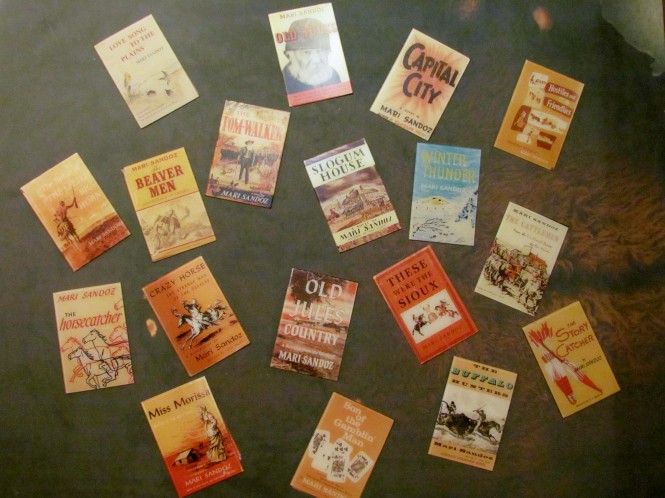 A selection of Mari Sandoz’s publications

Several critics faulted Mari for taking liberty with history. Even though many agreed that her writing was based on actual, well-researched facts, she was censured for inventing dialogue and details to fill in the blanks; for creating overly sympathetic characters; for being exceedingly enamored with the Indian subjects of her stories. Her detractors might have reflected the unwillingness of a country to deal with a black stain in its history.

Chadron State College in Chadron, about twenty miles east of Fort Robinson, houses the Mari Sandoz High Plains Heritage Center, one of our destinations during our recent trip to Nebraska. It is a fitting tribute to one of the state’s exceptional daughters, offering an honest evaluation of her life and accomplishments, but also of the controversy regarding her critical reception. 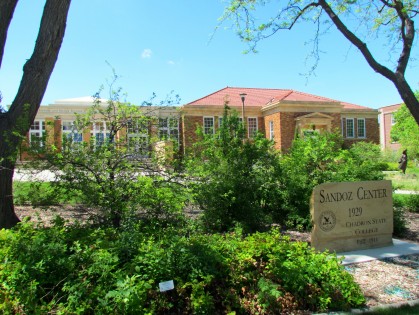 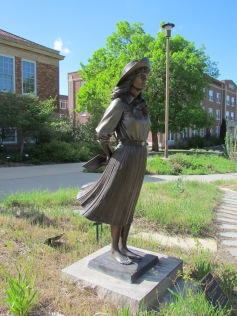 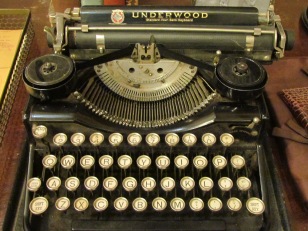 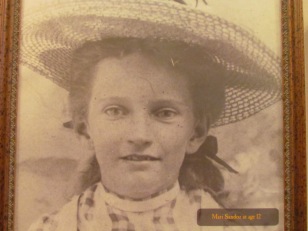 We finished our pilgrimage by driving through the Sandhill country of Mari’s girlhood, passing near the site of the first homestead, then spending a few hours in the neighborhood of the family’s second home, which also became Mari’s final resting place. 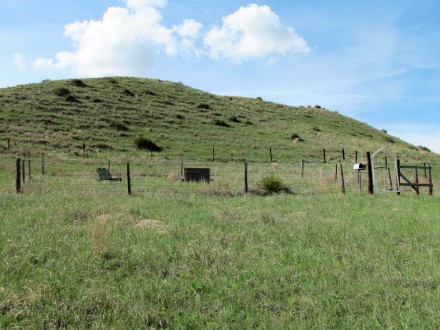 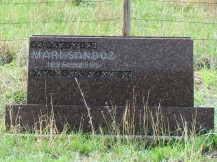 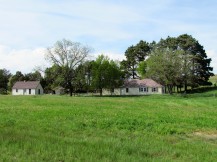 Mari’s second home on the right 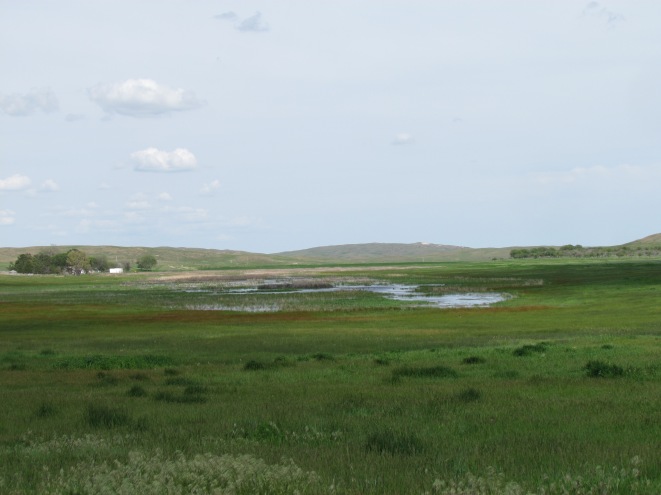 View of the family’s land from Mari’s graveyard

As we sat on a bench next to her grave, overlooking the wide valley where bison and Indians once tread, where settlers put down roots, where Mari developed her talents in secrecy, where her mortal remains have mingled with Nebraska’s soil, where a gentle breeze caressed the green hills, we recalled one of the quotes highlighted at the museum: “Mari had a talent – a talent for catching and bringing to life the stories that blew across the plains like the everpresent and enigmatic wind.”

26 thoughts on “A Child of Nebraska’s Sandhills”