I should be accustomed to Colorado’s idiosyncratic climate by now, but it still takes me by surprise. The last week of March was a case in point. Maybe the month had lost track of time, or wanted to prove that it, too, can be as moody as changeling April. Monday started mild, with seasonal temperatures and friendly weather, but by Thursday, we approached near record-breaking 70 + degrees Fahrenheit and a risk of prairie fires in parts of the state because of associated winds. While most of us gratefully swiveled our faces toward the warm sun like the blossoms of the few blooming flowers, we were forewarned to gird ourselves against the vicissitudes of the season.

To enlarge a photo, click on it. To read its caption, hover cursor over it. 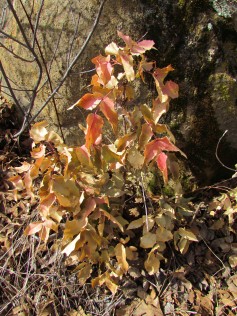 Sure enough, Friday brought clouds and a chill, driving everybody back indoors. A thunderclap announced more impending changes. Small (thank goodness) kernels of hail, and a tornado that touched down about 25 miles east of here, were the first harbingers of unsettled spring conditions, but were followed by a reminder that winter is not yet willing to give up its rule entirely, when a few hours later, wet, heavy flakes dropped from a low, gray sky. Frosty Saturday did not bring a single glimpse of the sun. On Sunday, the last day of March, it managed to burn a window into the clouds for a few hours, before a somber veil was once again pulled across the sky, which released intermittent squalls of snow.

Is it any wonder that one’s emotions follow the ups and downs of this meteorologic roller-coaster ride? Spring at the fringe of the Rocky Mountains seems a long time coming. Nightly frosts retard the growth of plants, and winter’s desiccated vegetation still dominates the scenery. There are hopeful hues of greening grass, and the hyacinths and daffodils in front of the house have unfurled their pretty petals—only to have their noses bitten by frost, as is the case each year. The wildflowers know better, and are not fooled by wrong promises.

Spring migration, always a balm for the soul, has not yet fully started. Each new avian arrival is greeted with a happy heart, but the number of new birds does not yet equal or surpass that of the birds that have left us, or soon will leave us, for their summer breeding grounds. 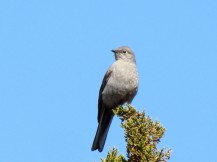 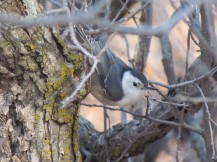 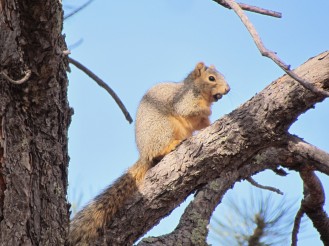 This transitional time is a time for sad goodbyes and impatient restlessness, but also for hopeful expectations and cautious optimism. Hope springs eternal.