If eggs are beautifully wrapped gifts with beguiling potential and naked hatchlings are the unsightly presents precious to the giver but not necessarily the giftee, by the time nestlings have put on fluffy down and are begging for food with wide, brightly colored gapes, most recipients would consider them at least acceptable, if not downright attractive offerings.

Once fledglings leave the nest and learn the ins and outs of being birds, it would take an uninterested or hardened soul not to feel at least a smidgen of sympathy for the remarkable creatures that have transmutated from yolk to feathered beings capable (or almost capable) of flight. 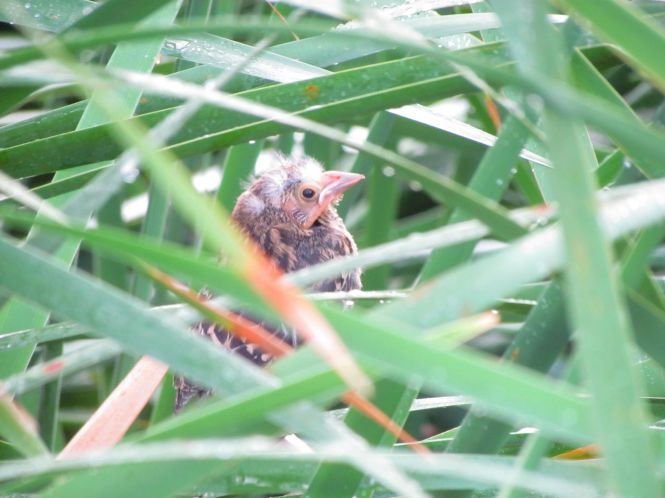 Killdeer–very recently fledged (but already trying out those wings!)

Bullock’s Oriole–still has its sweet baby face, but already takes care of itself

American Robin–already quite independent, though usually with one of the parents nearby

PS: The featured photo above shows three fledged Barn Swallows perched on a branch, already capable of flight, but still quite happy to be fed by their parents.