Some days assume an ethereal quality during the living, and October 1 was just such a day. In search of fall colors, my husband and I traveled to Mueller State Park in neighboring Teller County, about 30 miles (48 Km) west of Colorado Springs. 9 o’clock in the morning found the thermometer flirting with a refreshing 39 degrees F (4 degrees C), inducing us to don an extra layer. At nearly 9,000 feet (2.700 meters), our favorite aspen trees were busy with their annual endeavor of turning into gold.

This year’s haphazard weather, characterized by searing heat and parching drought, made it difficult for experts to forecast the pinnacle of this avidly anticipated autumn spectacle. And while a fraction of the trees was still green and another had already shed its leaves, plenty of aspens were in the midst of their miraculous transformation, delighting us not only with cheering sunshine hues, but also with a euphonious symphony of rustling foliage, in addition to a pleasing choreography of pirouetting leaves on their way to converting into a crunchy, crispy carpet. The sky, after being obscured by haze from wildfires repeatedly in the preceding months, was nearly as blue as is its wont, and the sun raised the temperature to a very-comfortable-at-this-altitude 60 degrees (15 C) .

Enchanted with what we found, we scrapped our plans to return to Colorado Springs via a loop road, which, on account of being gravel, would have taken us many hours to drive. Instead, we hiked a nearly 7-mile loop that undulated through expansive meadows, scattered strands of trees, and dense forests. We took our time enjoying the vistas and the balminess of the sun’s rays, but also the intermittent breezes hinting at harsher times to come. Next to a verdant pond in an otherwise desiccated meadow we sat cross-legged and savored our lunch, with squirrels chattering and birds calling. 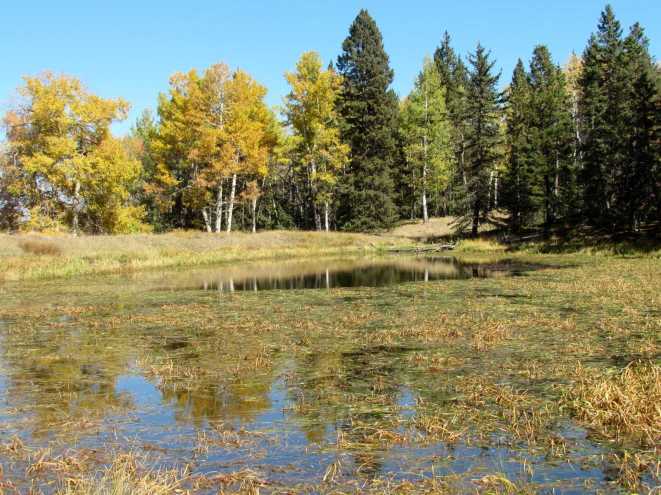 Ending the afternoon at a picnic table with coffee and pumpkin muffins, we were accosted by the curious, always-hungry, and at-times-brazen avians aptly known as camp robbers—the irresistible Canada Jays. When the crumbs that drop from visitors’ picnics aren’t sufficiently sating, they will help themselves to whatever edibles aren’t nailed down.

As the westering sun dappled the light, warmed our aging bones, and made us appreciate the simple pleasures of the moment, from high in the sky came a vociferous reminder of the passing of the seasons. Craning our necks, we espied a flock of migrating Sandhill Cranes on their way south. In tandem with our earlier experiences, they uplifted our souls with another token of nature’s comforting, recurring cycles in otherwise disturbing, unsettled times. 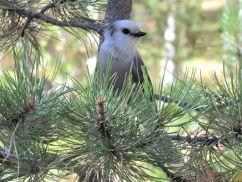 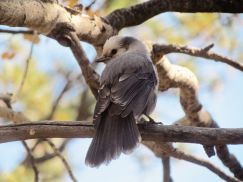 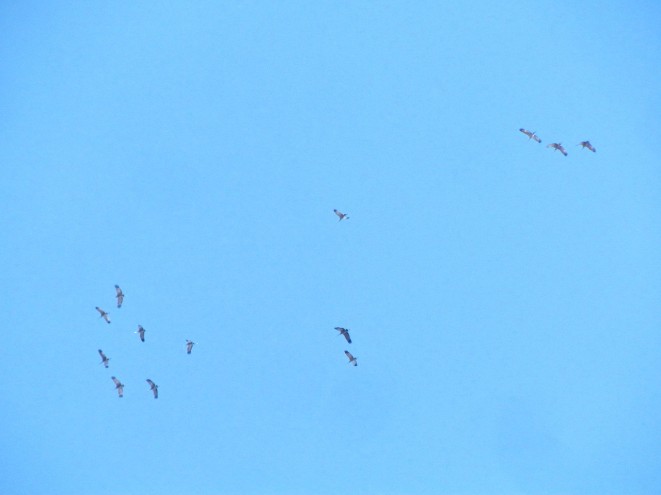 PS: Thanks to my husband for coming up with this post’s title. It was inspired by author Mari Sandoz, whose books include descriptive names for the different months used by Indigenous tribes she wrote about. I have introduced her in a previous post.

PPS: Mueller State Park was also the topic of another previous post.

69 thoughts on “Moon of the Yellowing Leaves”