I had my first encounter with the eloquent writing of Geraldine Brooks in her novel Year of Wonders (2001), about the 1666 outbreak of bubonic plague in Eyam, an English village. It brings the horrors of the epidemic alive through the eyes of the maid Anna whose life is derailed in unforeseen ways. She evolves from an exploited servant without rights to a powerful, independent woman, a transformation unthinkable without the horrendous happenings in her world. The breathtaking plot which is permeated with poetic currents aroused my curiosity about the author, and I have since read her entire oeuvre.

Brooks (born 1955) started her career in journalism and her first books were non-fiction. Nine Parts of Desire (1994) deals with the lives and challenges of Muslim women in more or less misogynistic societies and is as relevant today as two decades ago. Foreign Correspondence (1997) celebrates her reunions with international pen pals from her childhood years in Australia, resulting in some very poignant moments. I find both works extremely well written and informative. 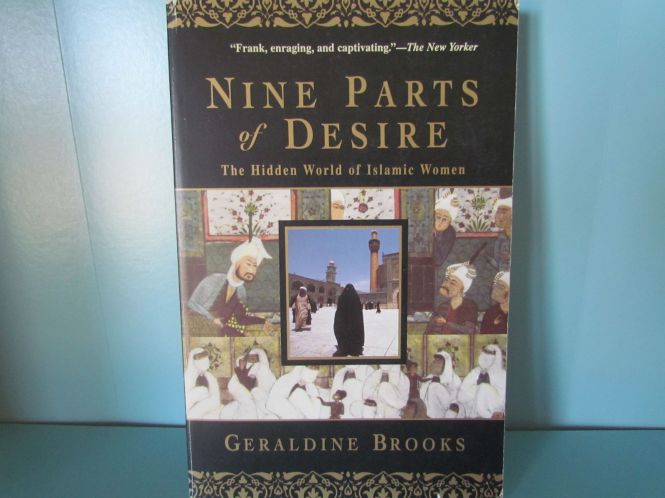 Following the international bestseller, A Year of Wonders, her second novel, March (2005), soared even higher and was awarded the Pulitzer Prize. It envisions the experiences of the father of the March family from Louisa May Alcott’s Little Women, during the American Civil War. Besides Ms. Alcott’s beloved classic, Geraldine Brooks credits her husband, fellow writer and civil war buff, Tony Horwitz, with the inspiration for the story.

People of the Book (2008) imagines the convoluted journey of an actual illuminated manuscript, the Sarajevo Haggadah, a Jewish text used in the celebration of Passover Seder, which disappeared temporarily from the library in Sarajevo during the Bosnian War of the early 1990s. It portrays a fascinating account of Europe’s history between the close of the Middle Ages and the present.

Caleb’s Crossing (2011) presents another female first person narrator, Bethia Mayfield, a Puritan girl in Martha’s Vineyard in 17th century Colonial America. Her missionary father wants to convert the local Wampanoag tribe to Christianity and tutors Caleb, son of a local leader, in order to enable him to enter Cambridge College as the first American Indian. Bethia, starved for education, steals snippets of information from her brother’s lessons from which she is excluded, and befriends Caleb. Both actions break many sacrosanct taboos of the era. She represents what might have been, had more colonists been more curious and less prejudiced about the original inhabitants of North America.

Even though I anticipated Brooks’s most recent publication in 2015 and purchased it soon thereafter, I did not actually read it until a few weeks ago which prompted me to put down these reflections. The Secret Chord details the age of the biblical King David and his large entourage about 1000 BC. It arcs from his childhood, characterized by his father’s and brothers’ contempt, to his rise from shepherd to King Saul’s protégé, after his slaying of Goliath, to his own career as King of a united Judah and Israel. Guided by the prophet Natan, who is able to foresee calamity, but not forestall it, David is human — with human strengths and foibles. Tribal and family feuds are brought on by polygamy, adultery, incest, warfare, treachery, fratricide and several attempts at regicide, yet it ends on a conciliatory note, namely the crowning of King Solomon, David’s son, and with the promise of a brighter and more peaceful future. While the writing characteristically is a mixture of suspenseful action and lyrical reflection on nature’s beauty, and David’s legendary skills as a poet and accomplished harpist, I could have done without the vivid descriptions of brutal dismemberments and disembowelments, and the lurid portrayal of a violent rape. 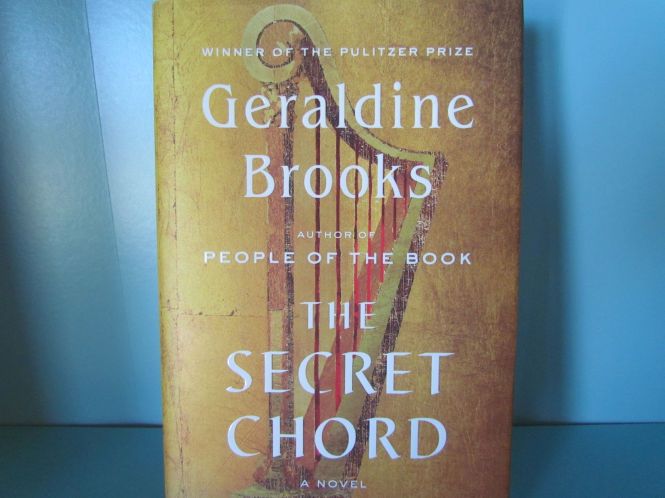 Geraldine Brooks has a predilection for historical fiction which corresponds to my own. Her extremely well-researched stories bring events, people, and even the language of bygone times to a luminous life. I can’t wait for the future fruits of her pen, and for the comments of other fans.

One thought on “Geraldine Brooks: Some Thoughts on her Books”