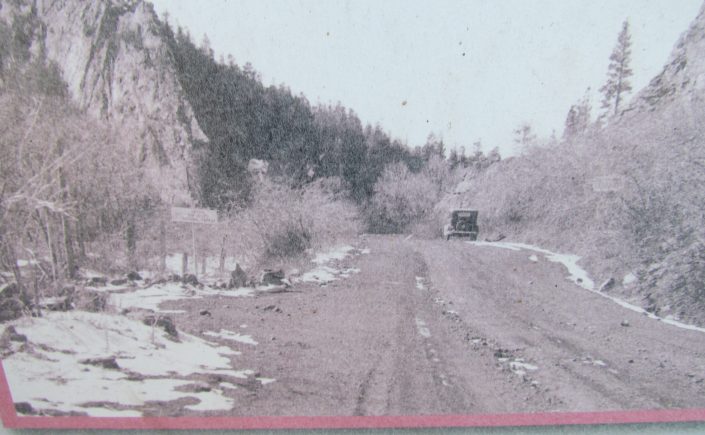 Unexpected discoveries often occur in unusual locations. During a camping trip in Colorado’s San Isabel National Forest a few weeks back, my husband and I enjoyed two calm nights under a full moon at Davenport Campground adjacent to Squirrel Creek, where large historic markers recount a fascinating chapter in the local history, and what follows is my own simplified version.

In the wake of southcentral Colorado’s devastating Ludlow Massacre which affected coal miners and their families in 1914, unions gained increasing influence, working conditions for various laborers finally improved, and vacation time was at their disposal for the first time. The working classes became interested in recreation, and discovered the plentiful woods west of Pueblo as a camping destination. It soon became evident that the unstructured foray of masses of humans into the forest created attendant problems. 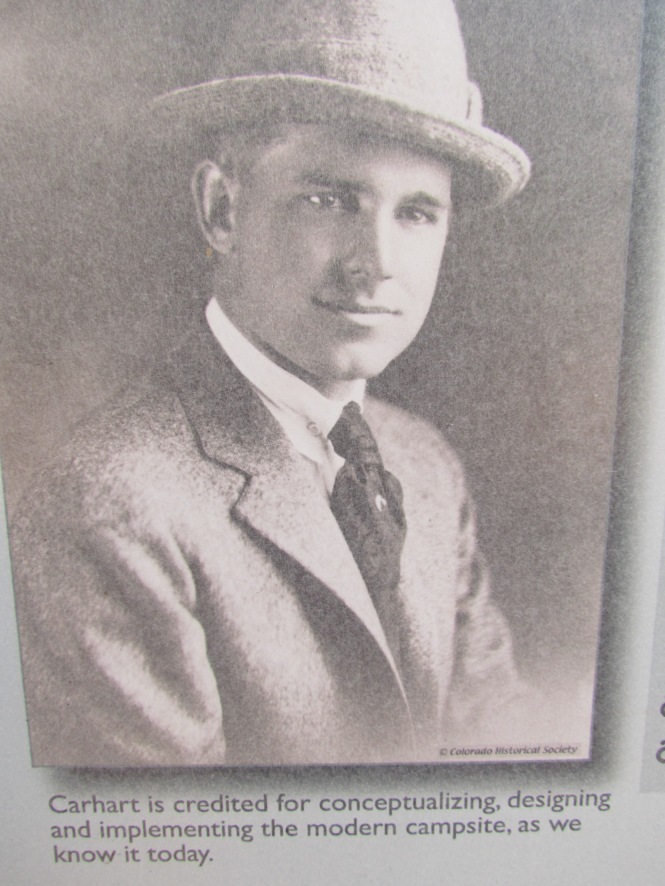 In 1919, landscape architect and World War I sanitation officer, Arthur Carhart, was recruited by the National Forest supervisor to come up with solutions to overcrowding, unsanitary conditions, and destruction of land and timber. Arthur was a visionary who anticipated the growing utilization of natural places, and the resultant need for infrastructure. When Congress refused to allot funds for recreation for the Forest Service, he did not capitulate, but founded a private non-profit corporation, with Rockefeller’s Colorado Fuel & Iron one of its major contributors, the same responsible for the infamy committed at Ludlow.

Mr. Carhart is credited with designing the first modern campground along Squirrel Creek, with each site including space for tents, picnic tables and benches, fire rings, and access to so-called “sanitaries”, ensuring the separation of human waste from drinking water. Having camped at numerous private, state, and federal campgrounds, we were intrigued to learn who masterminded this nearly ubiquitous layout. In 1922, he also adapted a wagon trail along the stream for automobile use, which became known as Squirrel Creek Road and improved accessibility to a mounting number of recreation sites. 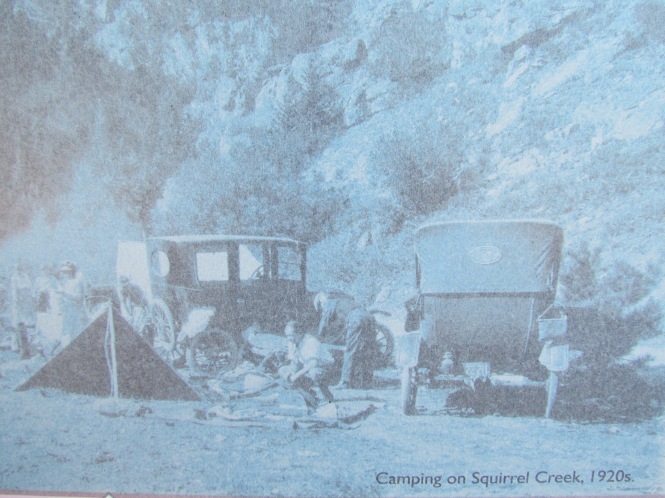 Camping before the advent of structured campsites

For travelers not inclined to sleep under canvas, Carhart planned the Squirrel Creek Lodge in 1922, a two-story structure whose rooms were complemented by a center hall, two large fireplaces, a roomy kitchen and — a dance floor. What else could one ask for after escaping the sweltering heat of Pueblo, but to seek shade under the cool forest canopy, and to cut a rug, dancing the wildly popular Charleston during the Roaring 1920s?

Alas, all good things must come to an end. The Great Depression followed the upbeat twenties, and additional tourist attractions by the early 1940s led to a decline in the popularity of the Squirrel Creek developments. The death knell was sounded in 1947 after a flood washed out portions of the road and campgrounds, plus several bridges. 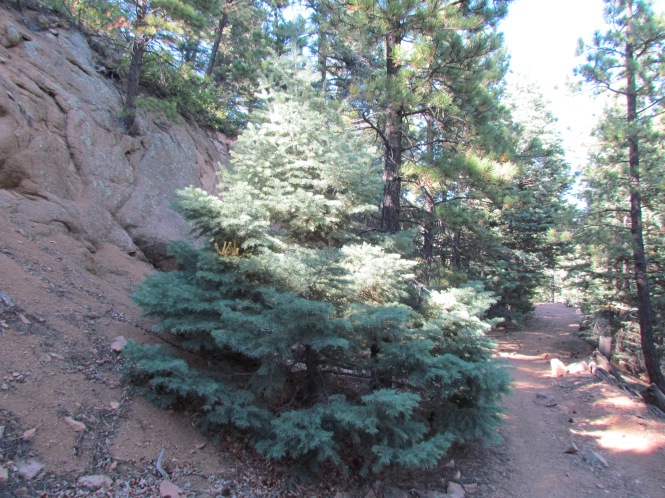 For modern day visitors, this story comes alive along the former Squirrel Creek Road, now a hiking trail, which starts at Davenport Campground and connects to the Pueblo Mountain Park approximately 5 miles east, as the crow flies. Along its course are scattered remnants of picnic tables, fire rings, concrete anchors for wooden guardrail posts, and a reconstructed Adirondack-style picnic shelter. After years of disuse, a conflagration claimed the lodge in 1979, and all that survives today is its foundation. 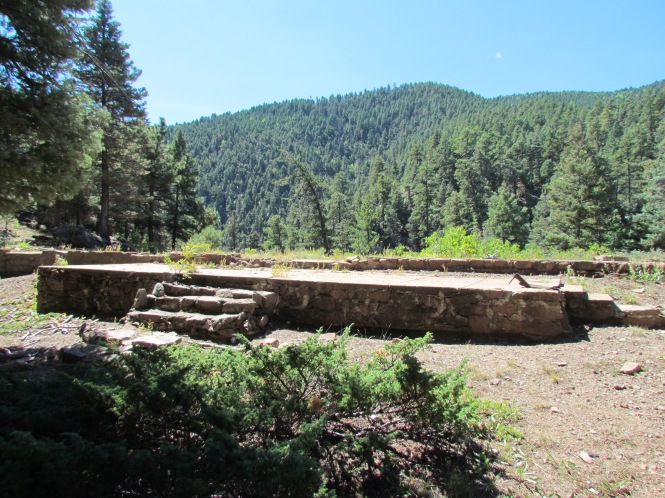 However, when I listened closely, mixed in with the murmuring of Squirrel Creek, the breeze stirring the boughs of ponderosa pines, and the haunting tune of a hermit thrush, I’d swear I heard soft notes of dance music drifting through the air.