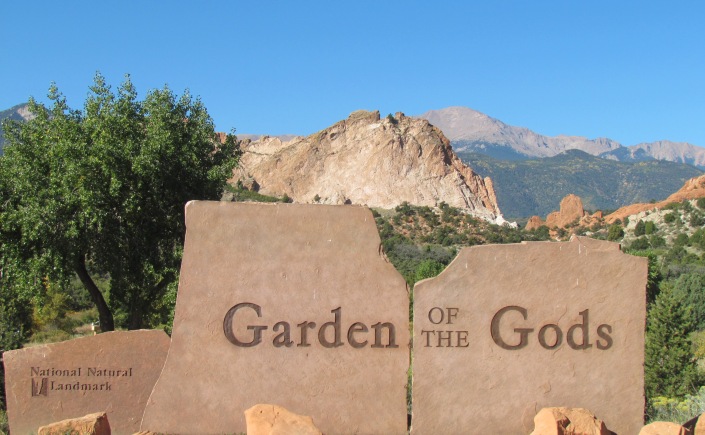 In my writing, as in person, I return to Garden of the Gods in Colorado Springs time and again. An amusing anecdote about the wonderful name of this wonderful spot recounts how two early local residents and co-founders of Old Colorado City, Melancthon S. Beach and Rufus E. Cable, were surveying the area in the late 1850s. When the former suggested it would be a good location for a beer garden, the latter replied indignantly, “A beer garden. This is a place fit for the gods”. Fact or fiction, the name is fitting. Luckily for us, the park is fit for mortals, too, and this mortal usually makes exciting discoveries there, at times more serendipitous than at others.

This past week, the “Garden” was the destination for my weekly birding group, since it attracts feathered beings as well. We counted 20 species, among them a pair of mating Prairie Falcons. On the following day, I came back with high hopes for sighting a Northern Saw-whet Owl previously spotted by other observers. Having transitioned to Daylight Savings Time two days prior, I arrived at 7 o’clock in human time, corresponding to 6 o’clock in owl time. Early for me, but apparently too late for the nocturnal creature, which was neither seen nor heard. 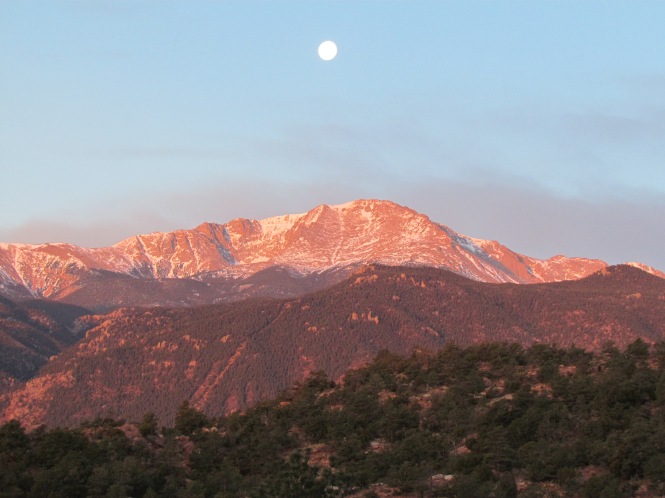 As is often the case when one plan is foiled, its substitution might be as good or better. Not only did I experience a moonset behind Pikes Peak, and a near-simultaneous sunrise which painted mountains, rock formations and vegetation in soft shades of pink and orange, these celestial phenomena were accompanied by a terrestrial symphony. Among the multitude of musicians, American Robins, Spotted Towhees, Scrub Jays, and House Finches sang the leading parts. 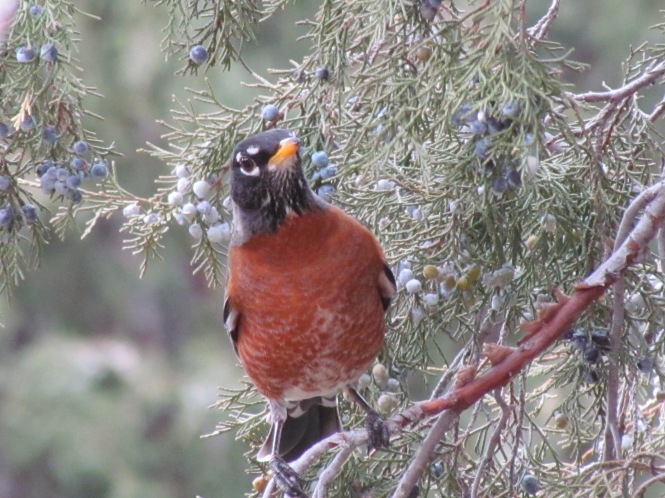 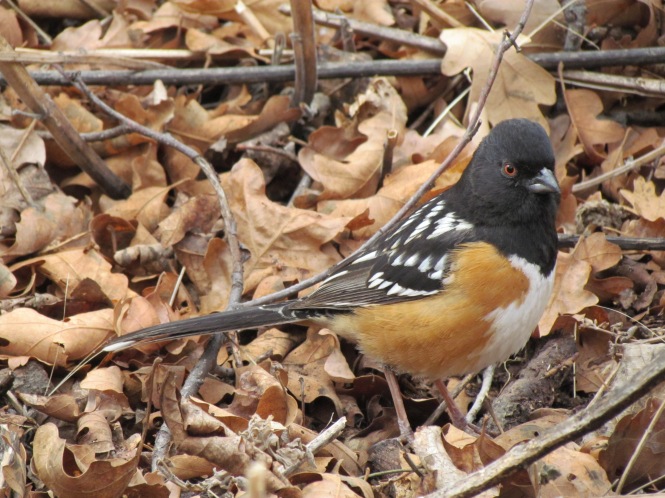 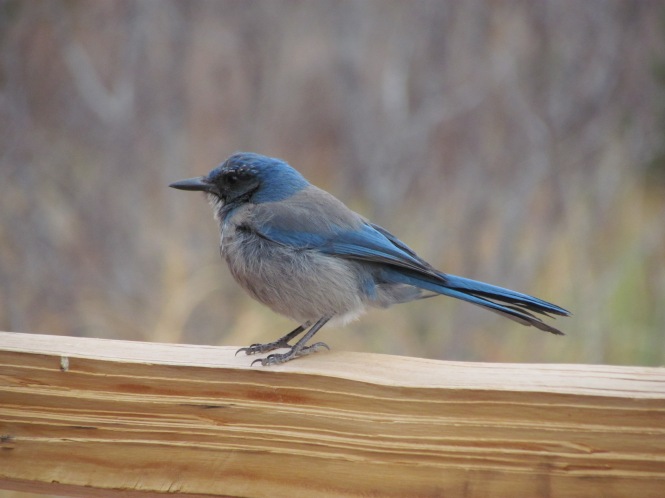 Their melodies were complemented by courting behavior and nest-building, as well as aerial acrobatics of White-throated Swift, only recently returned to their summer habitat from the South. The temperature in the high 40s was at least 15 degrees more comfortable than on the previous day, enlivening not only me, but also some of the smaller birds, including chickadees and juncos. I was well entertained for an hour and a half which seemed like the blink of an eye. Content with the morning, and ready to return to the car, my gaze fell on two other visitors, at which point I did a double-take.

The couple was evidently enjoying the climbing and vocal skills of a hyperactive little Canyon Wren. 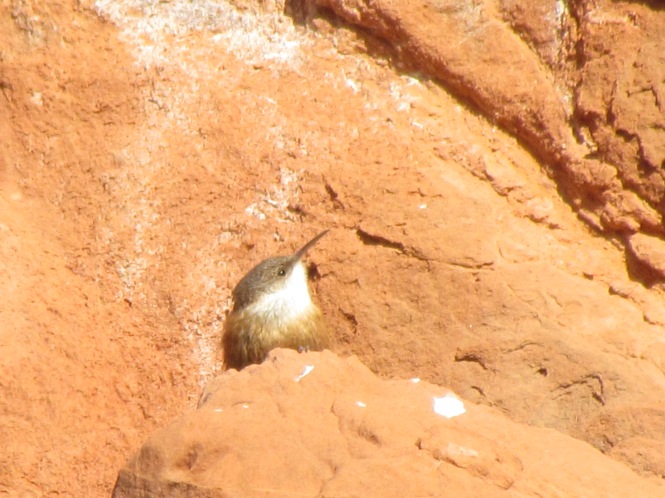 Binoculars draped around their necks, and the woman’s camera with a long lens (I was admittedly envious) gave them away as fellow birders. I recognized her from a photo I had seen on her blog the day before. It was only my second or third visit to her site, in response to a comment she left on mine. My post “Dippered Out” appealed to her because they, too, had searched for American Dippers at Elevenmile Canyon. From her blog I knew that she and her husband were on a one-week excursion to Colorado from Texas. We had never met in person but when I approached her and asked, “Are you Shannon?”, she nodded, and replied, “You must be Tanja.” Despite their itinerary ranging up and down Colorado, we ran into one another at this singular spot. What are the odds? 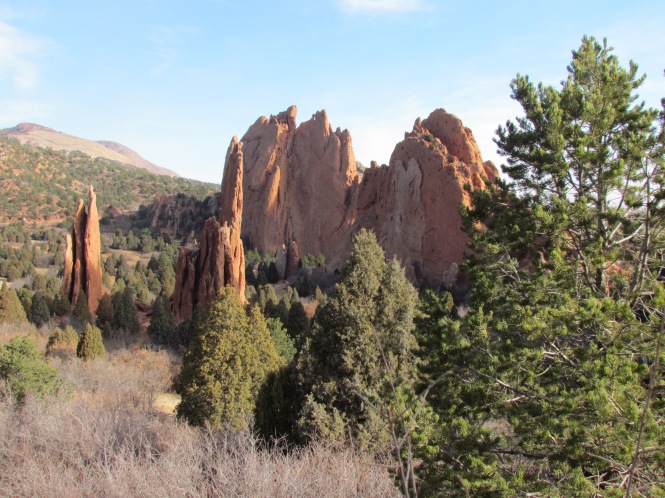 After shaking our heads in disbelief, we chatted and admired birds and scenery together for nearly an hour. Alas, another get-together was precluded during this trip. Shannon and Scott, it was an immense pleasure to meet you both. I wish you continued Happy Birding wherever you are, and hope our flight paths will cross once again.