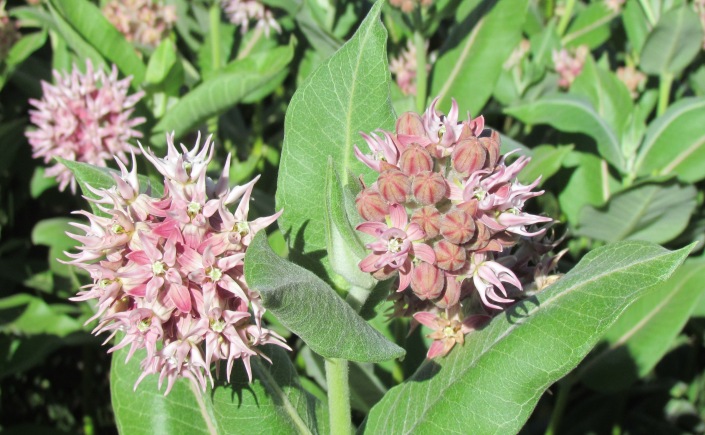 “The difference between a flower and a weed is a judgment.” Unknown

Imagine yourself as a beautiful orange and black Monarch butterfly (Danaus plexippus), fluttering around the North American continent east of the Rocky Mountains. Come autumn, you embark on an incredible journey, traversing up to 3000 miles to the mountains of Mexico where, for eons, millions of your ancestors have congregated in oyamel fir trees for the winter. If you find enough trees to gather, plus nearby nectar to nourish you, and you survive until February or March, you mate and begin the return trip, but owing to your limited life span, will not complete it. If female, you lay eggs and pass into butterfly heaven, having fulfilled your life’s purpose.

Imagine yourself next as one of those eggs. Within four days, you hatch into a larva, or caterpillar, and feed ravenously, provided you were deposited on milkweed, whose leaves are your sole source of sustenance. You are oblivious to the fact that its sap is poisonous to many animals, but confers protection to yourself, by turning you into a toxic morsel. 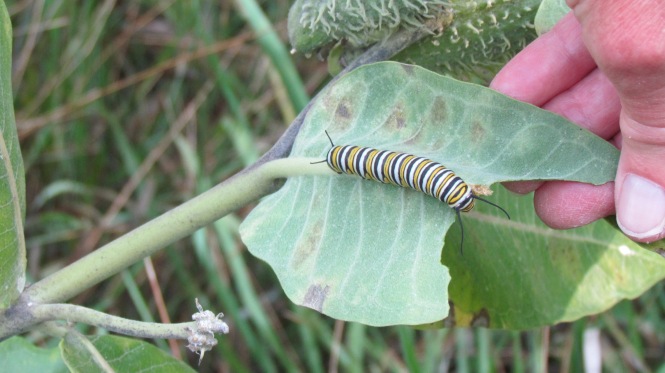 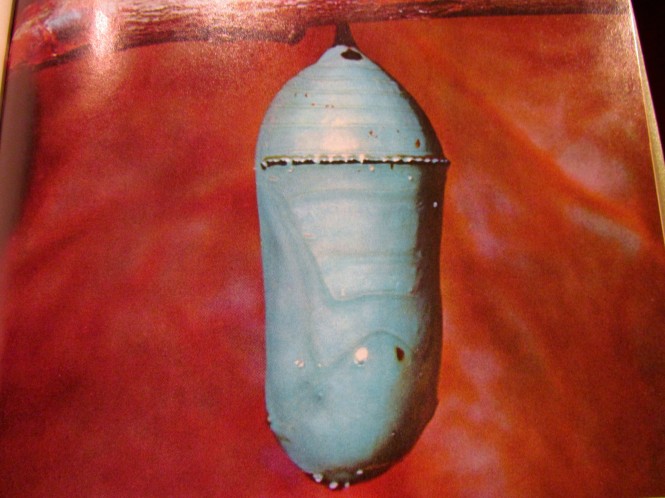 Following ten more days in this seemingly suspended state, you emerge as a wonderful winged being. By pumping bodily fluids into your crumpled wings they harden, and will lift you into the air. 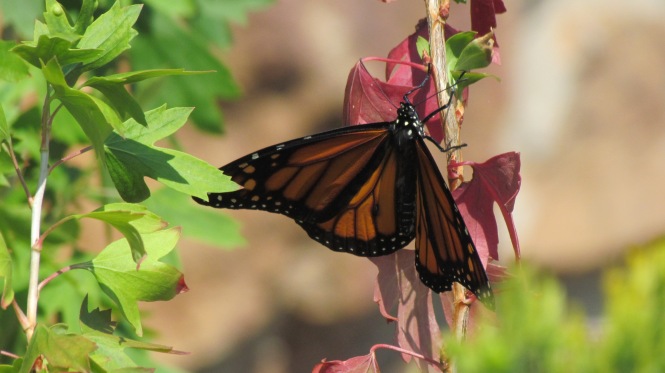 After two repetitions of these developmental steps, occurring along a northbound route, the fourth generation of your kind will again end up where last year’s voyage started. This 4 x 4 life cycle, with four annual generations, each of which goes through four stages of metamorphosis, is as intricate as it is intriguing. It is possible because the fourth generation survives an astonishing 6 to 8 months, compared with 2 to 6 weeks for the previous three, enabling it to complete the odyssey back to the wintering grounds, and to commence the return flight the following spring.

Each phase of this cycle depends on the balance of countless factors. Sadly, global environmental degradation, deforestation in Mexico, and a paucity of food along the migratory path have caused the butterfly population to plummet. Milkweed is the lone plant which sustains larvae, but many locations show a glaring absence of that necessary nourishment because it has become the victim of personal and industrial herbicide use. In an unnatural twist, food crops have been genetically modified to become resistant to those herbicides, but milkweed has not, resulting in the eradication of the Monarchs’ crucial food source from immense stretches of agricultural areas. For further reading about the butterflies’ present-day dilemma of dwindling habitat, fare, and ranks, I recommend the Center of Food Safety’s Monarchs in Peril, and Barbara Kingsolver’s 2012 wake-up-call, environmentally conscious novel, Flight Behavior.

Instead of despairing about our powerlessness to influence the big picture, each of us can play a positive part in this drama. With regard to milk ”weed”, more than 2000 species exist globally, and Colorado has at least six. Common Milkweed (Asclepias syriaca) is perhaps the best-known along the Front Range, but Butterfly Weed (Asclepias tuberosa) also thrives. Colorful and showy, both are stunning to behold. Fountain Creek Nature Center has a meadow brimming with Common Milkweed, and if you have ever seen it in bloom in late summer, you know it is anything but common.

The nature center staff has, for years, offered glimpses into the transfiguration of Monarchs in a special display case. As a participant in and waystation of Monarch Watch, which monitors the annual migration, they tag the emerging butterfly with a sticker so light it doesn’t interfere with its flight. 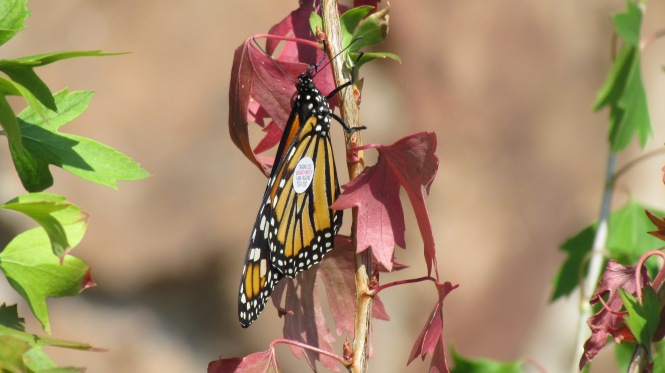 They have, also for years, encouraged us gardeners to allow this precious “weed” into our gardens, where it will beautify our outlook and, it is hoped, invite some wandering Monarch to pause, or even to start a new circle of life, allowing our small gesture to make a big difference.

5 thoughts on “Milkweed and Monarchs”