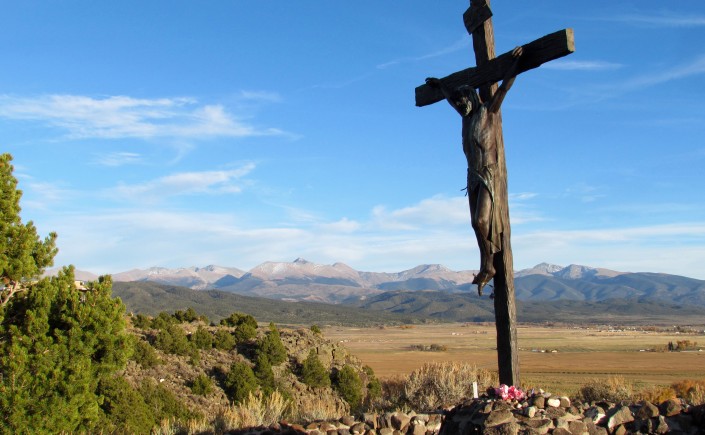 It is a truth universally acknowledged that to the victor go the spoils. In the wake of Christopher Columbus’s “discovery” of America in 1492 for the King and Queen of Spain, the colonial realm “New Spain” supplanted the Aztec Empire. It comprised much of the land mass north of the Isthmus of Panama and included vast stretches of the future United States. After Mexico’s independence from Spain in 1821 those became Mexican, but only two and a half decades later were ceded to the U.S. following the Mexican American War (1846-48). Portions of the yet-to-be-founded states of Colorado and New Mexico lay in this ceded territory.

Spain lost no time in sending expeditions north to search for gold. In 1540, Coronado traveled as far as modern-day Kansas. In the early 1600s, the invaders commenced the Christianization of the native North American tribes with the help of Franciscan missionaries and Catholic colonists. In the process, Christian churches were erected, usually with the sweat of the local “infidels”, or of recent converts. These edifices were built from local materials and plastered with the traditional adobe also used in the construction of indigenous pueblos. Catholicism became the sole “tolerated” religion. Once America lay claim to those formerly Mexican regions, it continued to be practiced by those believers who were suddenly US citizens.

This history comes alive in October, when my husband and I journey from Colorado Springs southward. South of the Arkansas River, the former dividing line between Mexico and the United States, multiple towns in Colorado’s San Luis Valley and in New Mexico abound with names that harken back to this Hispanic heritage. Catholic churches and symbols dominate the scenery, such as the crucifix in the featured photo above, in Colorado’s oldest town, San Luis, founded in 1851 by settlers moving north from New Mexico.

My photos represent a small selection of these peaceful places of worship where the Virgin Mary reigns supreme, and is often bedecked with flowers and additional tokens of adoration. As alienating as this adulation appears to this skeptic, I can’t help but respect the sincere faith in and hope for a better world – even though I desire it for the present, and not just for a future life. 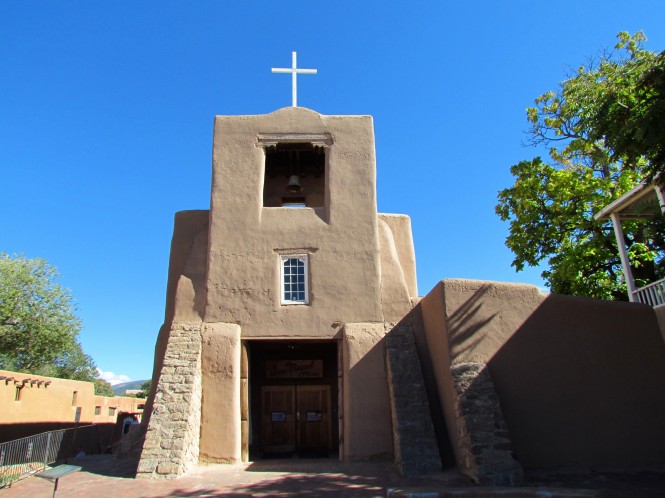 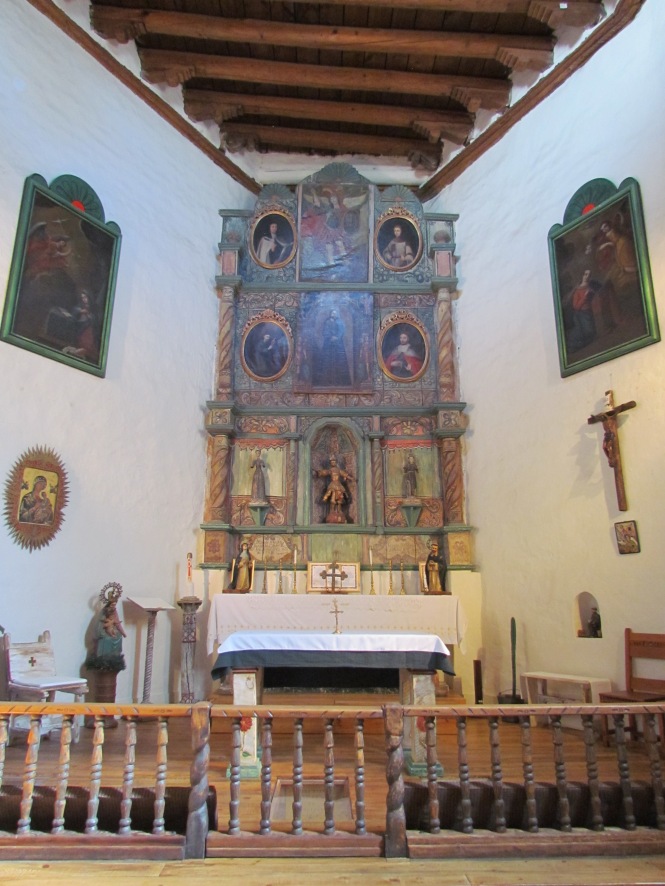 Interior of San Miguel with altar and wooden ceiling, typical of many churches 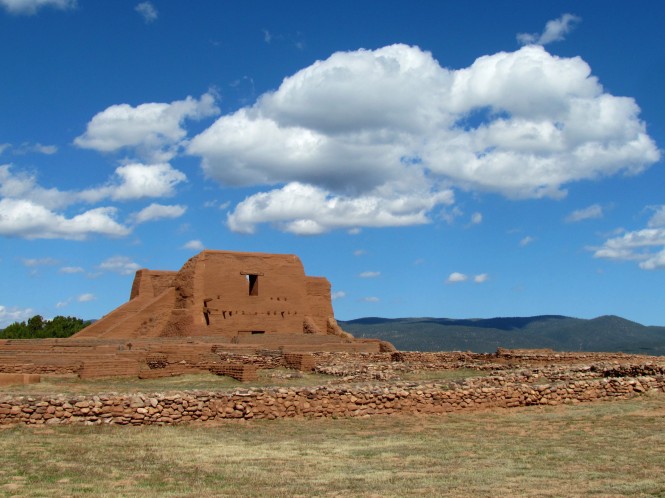 Ruins of the former church and “convento” at Pecos National Historic Park, New Mexico, circa 1717, replaced an older structure destroyed in the Pueblo Revolt of 1680 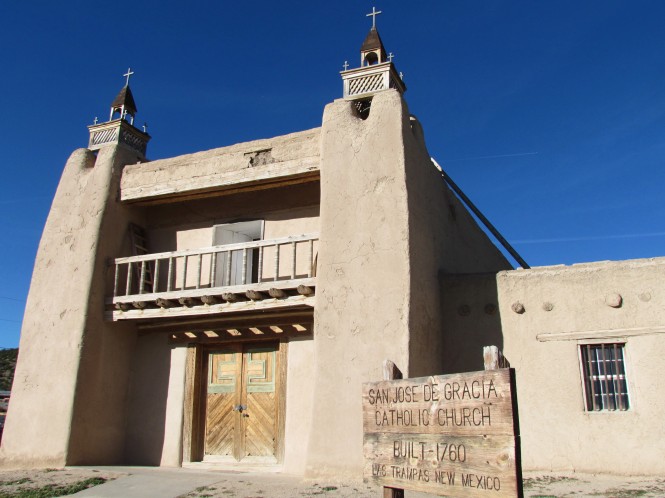 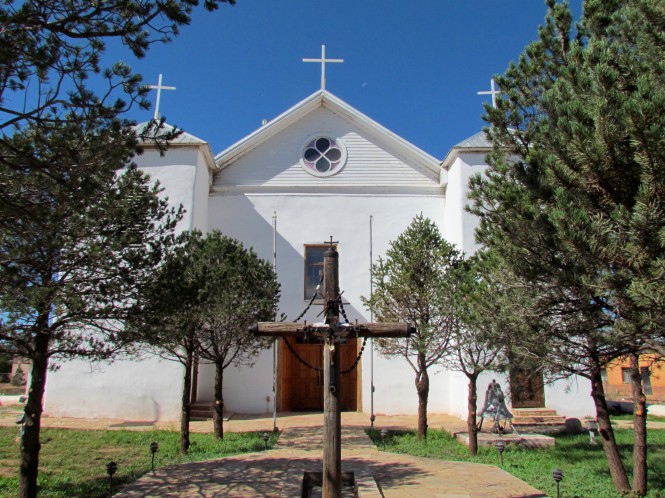 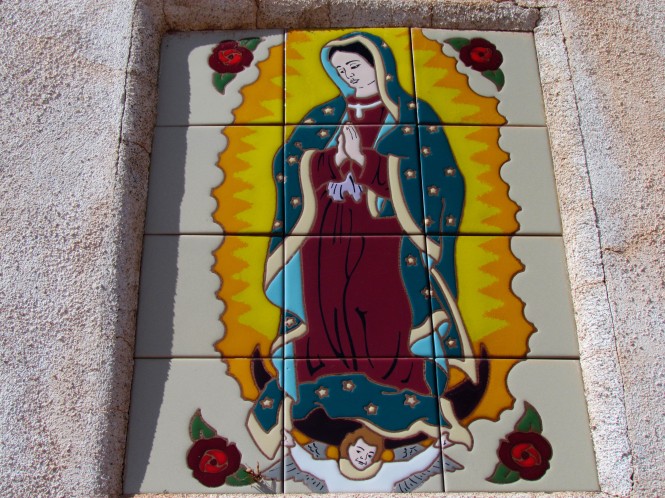 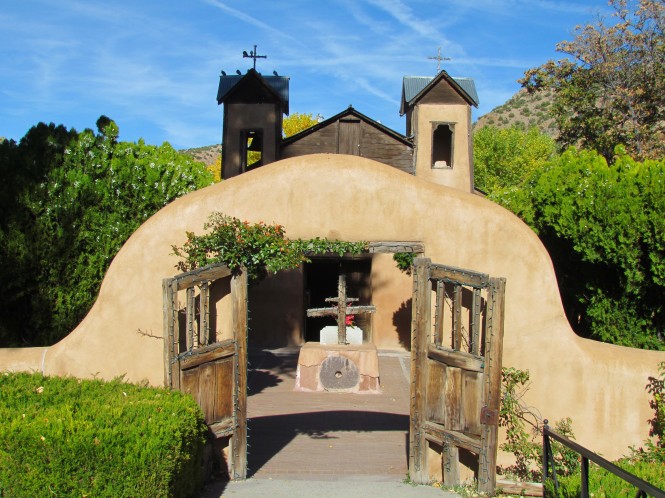 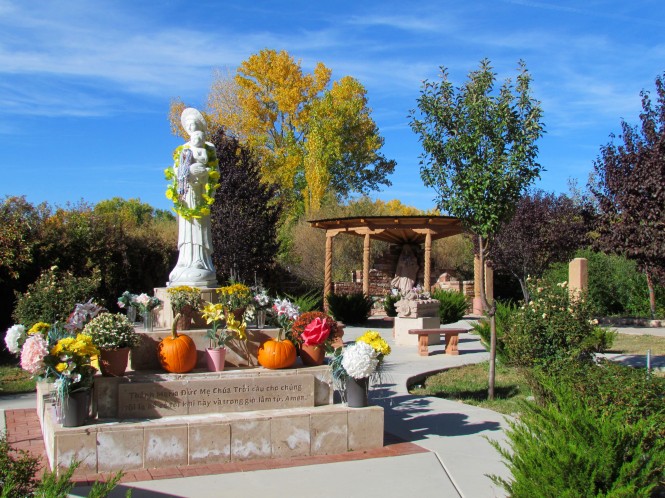 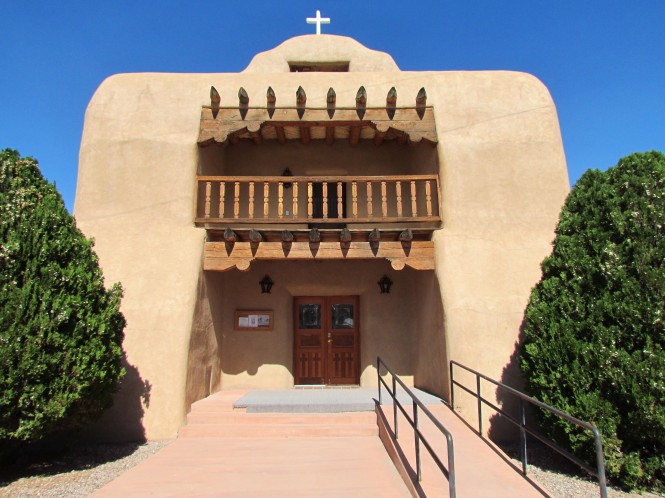 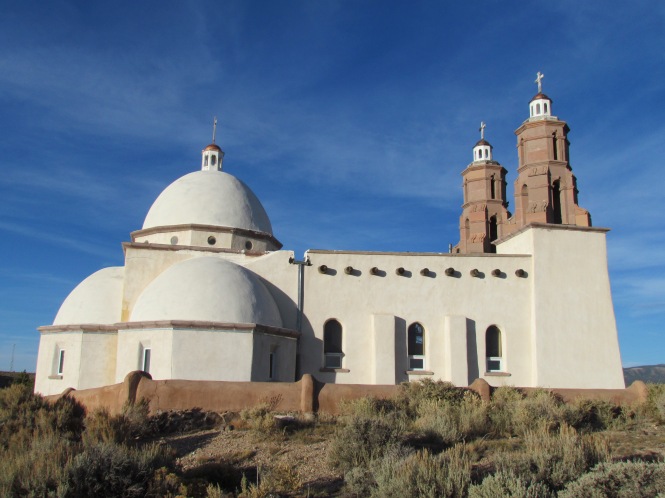 La Capilla de Todos los Santos, San Luis, Colorado, circa 1997, the culmination of a trail lined with bronze statues depicting the Stations of the Cross 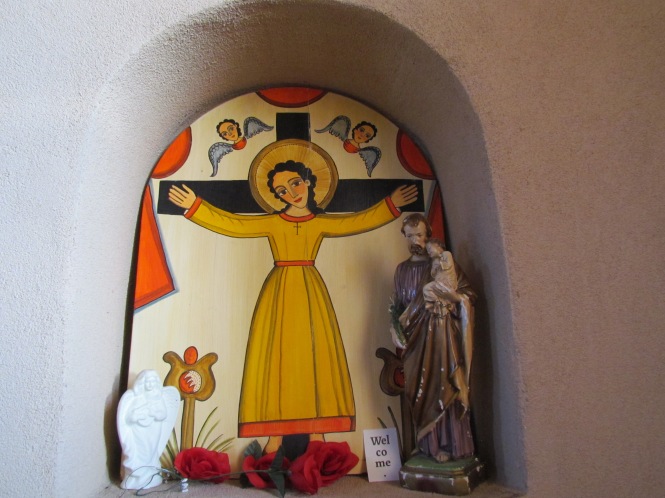 A small shrine inside this chapel 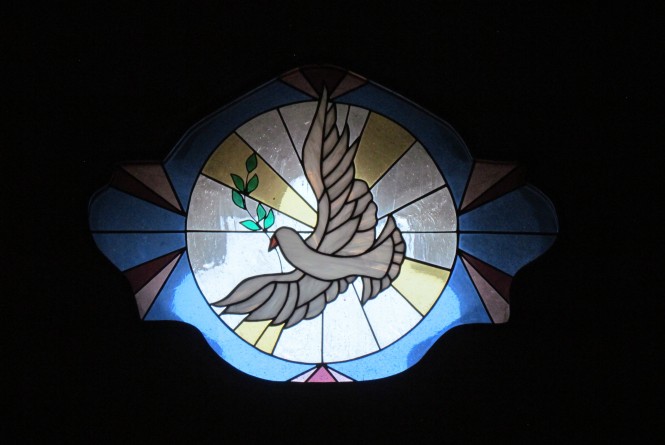 Stained-glass window inside this chapel

14 thoughts on “Traces of New Spain”