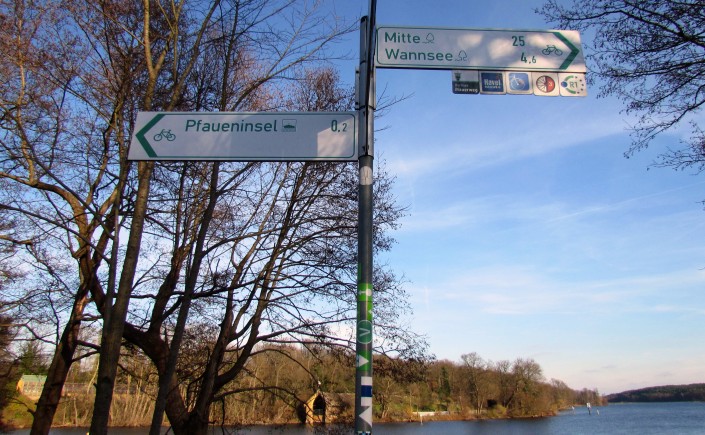 After stilling my historic hunger with difficult-to-digest fare, Berlin’s greener and more appetizing morsels beckoned. Filled with harrowing thoughts about the infamous Wannsee Conference, I was grateful for the opportunity to push the reset button while walking on wooded paths paralleling the Havel River which shimmered in the late morning sun, until I reached my next destination: Peacock Island.

I owed my knowledge of this famous gem to a reference in the same vintage visitor guide to Berlin introduced in a previous post. Its mention of exotic plants and birds caught my eye, and although the season was too advanced for floral lushness, I was still hoping to catch a few glimpses of the avifauna. In 1924, a nature preserve was established on the 67 hectare island, and in 1990, the designation UNESCO World Heritage site was added under the rubric Palaces and Parks of Potsdam and Berlin. It is accessible only by ferry. The 4 Euro ride was over almost as soon as it started, and I expectantly set foot on terra firma again. 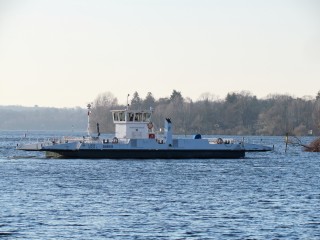 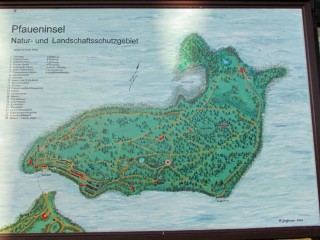 As luck would have it, I benefitted from the mildest and sunniest weather of my entire journey. The slanting, late autumn light bathed all insular vegetation, edifices and denizens in its warm glow. Even though most of the grounds and plants have been man-made, are heavily man-aged, and provide a home to domestic animals, among them sheep and horses (and even Asian water buffaloes, but solely during the summer months), wild life forms, be they be-petaled or be-winged, quickly found and filled their niches, and the area is known to harbor rare wildflowers, bats, several threatened beetles, and over 100 species of birds. 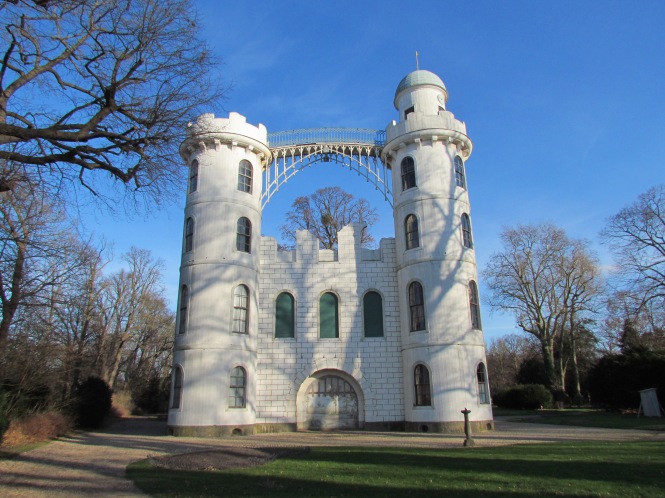 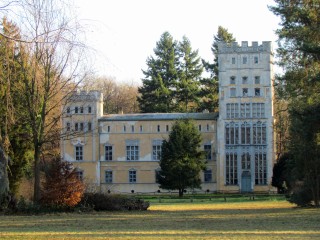 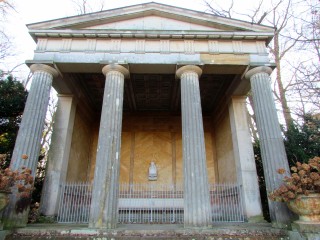 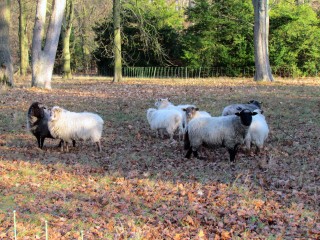 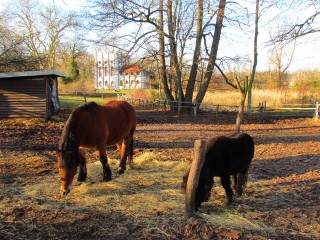 The number of avians present on this early December day was lower, but I admired diverse waterfowl, sparrows, tits, nuthatches, blackbirds, jays, egrets and even a couple of Eurasian Bullfinches. 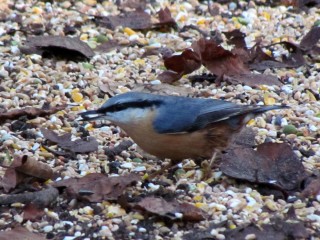 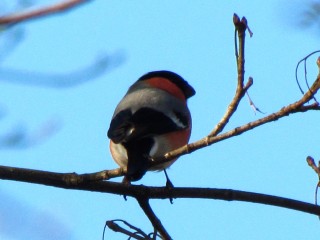 And, of course, those feathered beings responsible for the island’s name whose presence was foretold by a lone blue feather luxuriating on a pillow of moss. 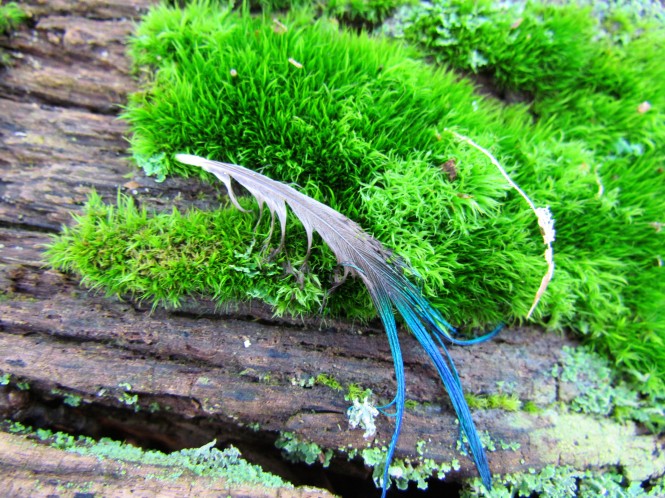 From the top of their nearby aviary, the feather’s former owner was also luxuriating in the late season sun. Peacocks, technically known as Indian peafowl, thanks to their origins on the Indian subcontinent, have been bred on islands like this since Roman times to protect them from theft and to prevent their escape. 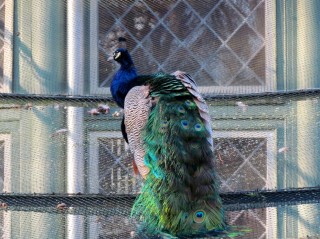 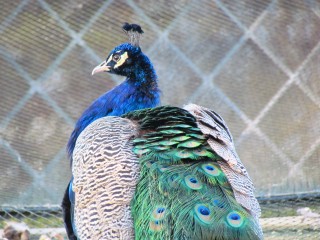 It comes as no surprise that, out of my two-and-a-half days in Germany’s capital, the hours spent on this isle, away from the hustle and bustle of crowds, away from controversy, were the most pleasant. My sense of retreat was heightened by the ferry ride, the scarcity of visitors and gardeners at this advanced time of year, the sporadic ship traffic on the stream. I relished the near-illusion of an untamed swath of land where I drank deeply of the fresh air and lolled lazily in the residual warmth of the solar rays. Feeling momentarily light-hearted I was reminded of my ever-growing need to wander under the open sky – especially when it resounds with the cheerful chatter of birds.