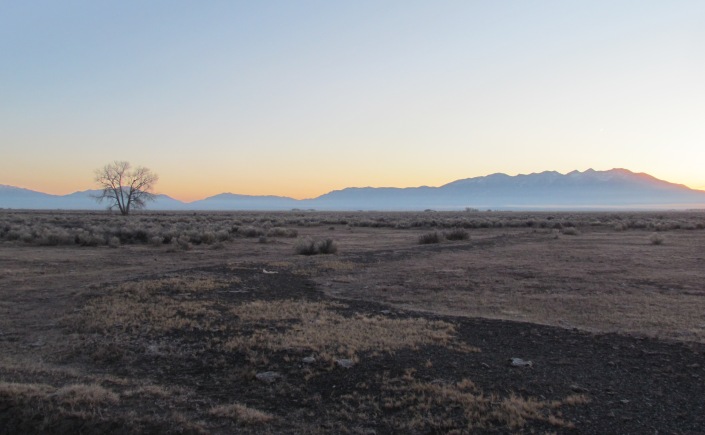 A topographic map of Colorado shows several high mountain valleys. Three of them are called “parks”, from the French trappers’ appellation “parques”, because of the plenitude of huntable animals reminiscent of their homeland parks stocked with game. They are aptly named North, Middle, and South Parks. South of South Park, a fourth bears the name San Luis Valley, after Colorado’s oldest continuously occupied town, San Luis, founded in 1851.

Visualize a wide-open basin at about 7600 feet elevation, ringed by mountain ranges along each horizon, dominated by the isolated Mount Blanca Massif (with three fourteeners, of which Mount Blanca is the tallest, and the fourth highest of Colorado’s 53 peaks that exceed 14,000 feet), and baldachined with a sky that redefines the meaning of immense. The sheer size of the San Luis Valley (8000 square miles) as well as the seeming endlessness of the firmament put our apparently important everyday concerns into perspective and invite one’s gaze and mind to wander. 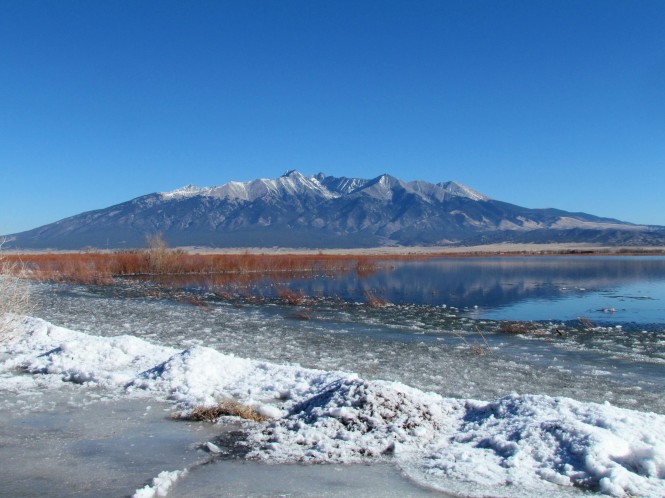 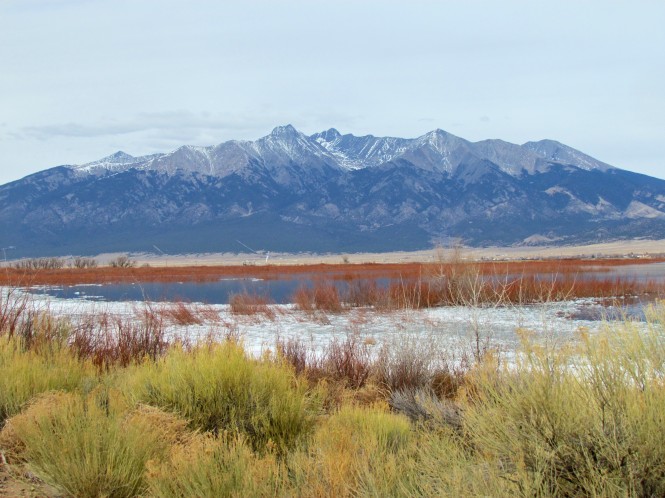 First signs of spring are visible

Used for centuries by Native Americans and settled by Mexicans who subsequently became US citizens after the US-Mexican War (1846-1848), the expanse also beckoned European Americans. Some succeeded in making a living, many did not. Abandoned homesteads are reminders of the exigencies of life in a high desert. 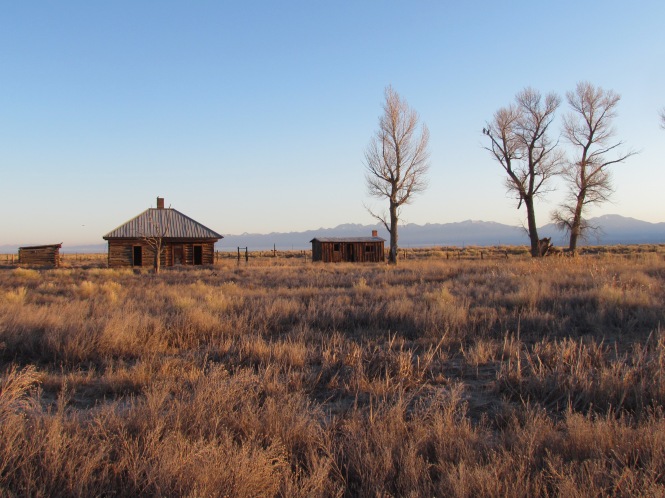 Home to breathtaking sunrises and sunsets, it is also one of our state’s agricultural regions, specializing in barley, potatoes, and head lettuce. Much of the land is used for grazing livestock, and short are the intervals of time when one does not see cattle or horses, either within fences, or without. 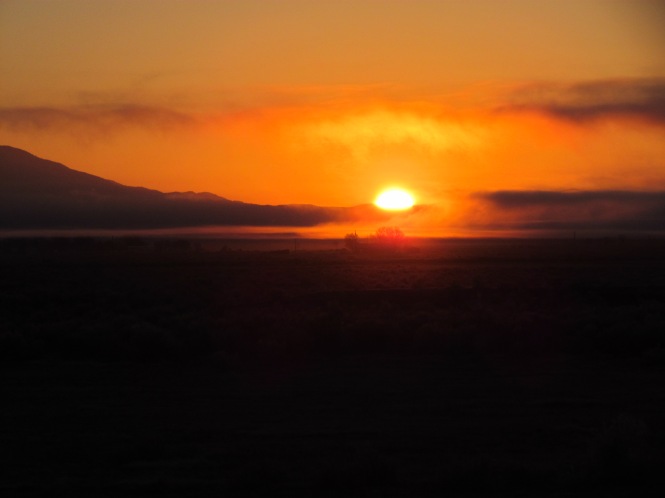 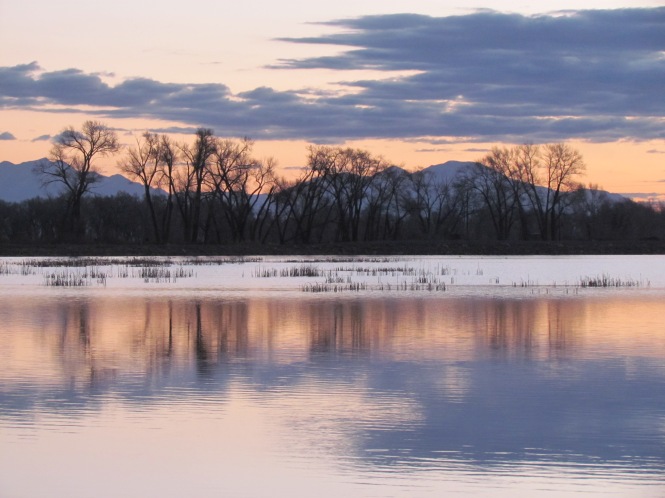 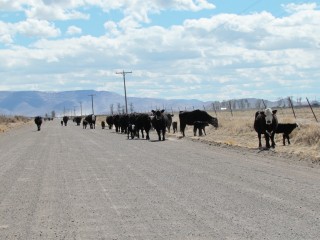 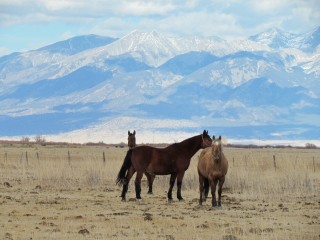 The Rio Grande, from its beginning in Colorado’s San Juan Mountains, to its termination in the Gulf of Mexico, together with its tributaries, is the source of most water used for irrigation, aided by high groundwater levels. Here as elsewhere, the liquid element that equals life has always induced travel and commerce. 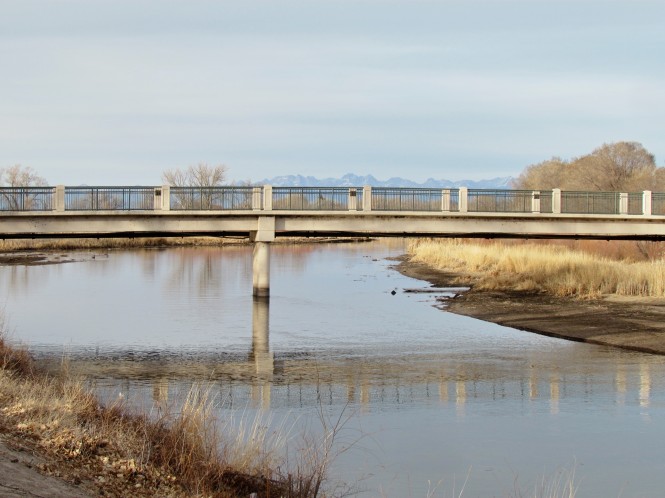 Bridge over the Rio Grande in Alamosa, the commercial center of the San Luis Valley

My repeated journeys to the “Valley” have multiple motivations. Its fascinating geology and scenery alone might be incentive enough. Its unique Great Sand Dunes have summoned me repeatedly, like others before me. Read about one of my previous visits here. In next week’s post I will share several thousand more reasons why I keep returning.