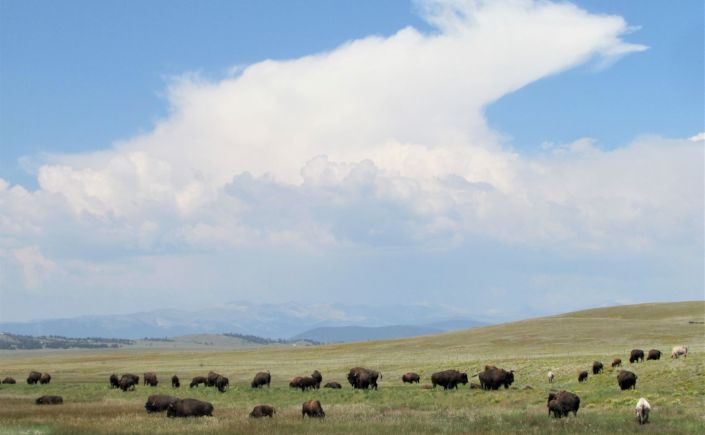 Colorado’s South Park, a high-elevation basin (and namesake of the eponymous animated television series), accessible some 50 miles west of Colorado Springs, is known to harbor several private herds of American Bison. As a follow-up to last week’s post, which anticipated National Bison Day, I want to share some of the impressions captured during an excursion in mid-August of this year. Driving west along US Highway 24, I noticed this gathering of grazing bison on some fenced-in land adjacent to the road. At the earliest possible occasion I pulled off, parked the car, and walked a short distance back in order to gaze in awe and take photos.

This sense of awe always prevails upon encountering these hefty ruminants whose shaggy coats are reminiscent of geographical maps. Adults might tip the scale at one or even two tons, yet when undisturbed, they gracefully amble across the prairie and peacefully munch its grasses. But while they may amble and appear docile, this largest land mammal in North America is able to accelerate to 35 mph, so staying behind the fence is highly advisable.

What struck me most, in addition to the vast sky besailed by fanciful clouds, and the undulating grass-bearing landscape backed by the Mosquito Range with several fourteeners, was the conspicuous number of light-colored bison. I saw at least five.

White bison have always held special meaning in the lives of America’s Indigenous people and are considered spiritually important if not sacred. True white bison are exceedingly rare, estimated to occur only once per every 10 million births. When one considers that only 1.6% of all American Bison are genetically pure, the eye-catching bison attired in bright coats I beheld that beautiful day likely fall into one of the following categories: they might be leucistic, represent true albinos, or embody beefaloe, a bison-beef crossbreed. Or, as my husband calls them, cowfaloe.

But those technicalities did not distract from my enjoyment. Whether brown or beige, male or female, adult or juvenile, hybrid or not, watching these imposing yet serene beasts in a no less imposing and serene setting instilled not only a sense of wonderment, but also gave the slightest inkling of and regretful longing for what it might have felt like to witness millions of their relatives roam America’s Great Plains. 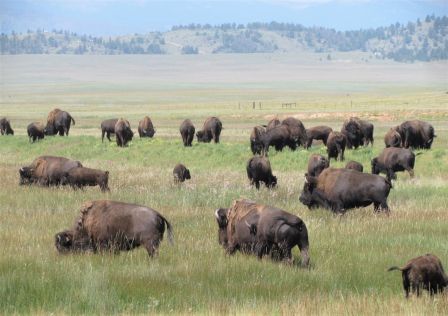 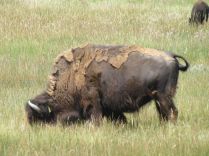