Do you sometimes envy water? I do.

Artist Nature has no equal, and each season carries its own reminders of that fact. While water is essential year-round, its ability to change shape seems never more obvious than during winter, when it transforms from liquid into vapor, frost, graupel, sleet, snow, or ice. And maybe water’s changeability made apparent is the reason why I pay more attention to its various manifestations at this time of year than at any other.

Not only does the very character of water change in response to changes in temperature or pressure, so does its configuration. The various structures it can assume are remarkably attractive—just think of the hexagons of ice crystals, no two alike—and are expressions of Nature’s beautiful patterns.

Even though we humans are part of nature, the patterns we have woven across time and space are, more often than not, anything but beautiful. Like so many of you, I’m incredulous and aghast at this latest iteration of human-caused disorder and evil. I’m profoundly sad yet at the same time furious. But more than anything I feel completely powerless. This is one of the instances when, like water, I wish I could change my substance and evaporate into the ether. Evaporate, and in so doing, lift this pall of our collective sadness, the sinister specter of war and devastation, and more importantly, its causes.

But wishful thinking has never helped anybody and it won’t help in this case. What will?

Tree silhouette on snow with selfie 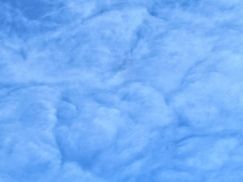 Goose highway on a frozen lake

Captivating pattern on a frozen lake 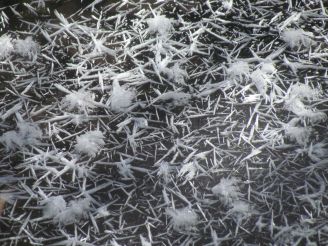 Ice crystals on top of a frozen lake