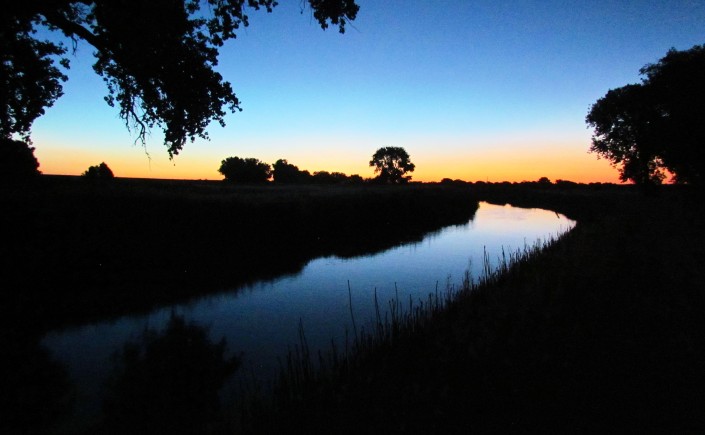 I was in a deep sleep when the alarm jolted me awake at 2:30 AM. The wind billowing the curtains and rattling the windows, the neighbors’ dogs barking, and fear of oversleeping had not been conducive to restful slumber. When a friend had asked me to help her with a Breeding Bird Survey, I had agreed, eager for this novel experience. In order to reach the starting point of her assigned area near Olney Springs in Crowley County, about 80 miles away, by the official start time of 4:59, we had to depart Colorado Springs by 3:30. I met Diana and another friend, Rose, at a parking lot, where we piled ourselves and our bags into one car and set out.

The early rising did not make for a good night, but it allowed us to witness a spectacular sunrise. Diana and Rose had done a survey in another locale a few days before, but I still needed to be initiated. “Breeding bird survey” had invoked images of stealthily searching for occupied nests in my mind. Instead, we got out of the car every half mile and recorded all the birds seen or heard within 3 minutes. Covering a distance of 25 miles, this meant a total of 50 stops. As soon as Diana identified birds, she called out their names. As one of two scribes, I kept a checklist with species and numbers. Rose, as the other, monitored and jotted down GPS coordinates and associated landmarks to assist future surveyors. This long-term monitoring event of North American bird populations has been organized and overseen by the United States Geologic Survey (USGS) and the Canadian Wildlife Service since 1966. 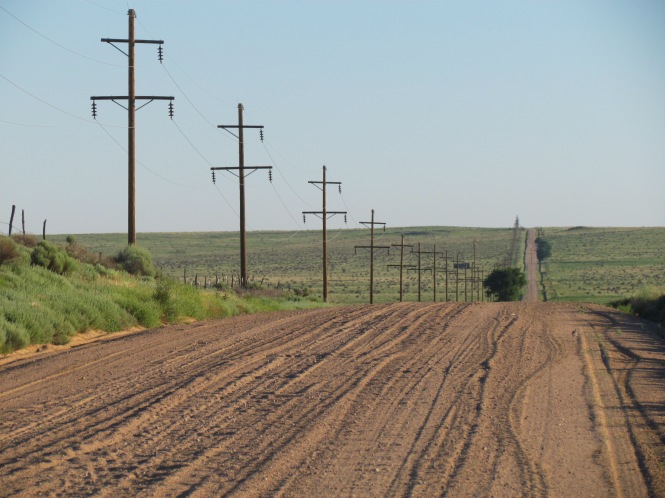 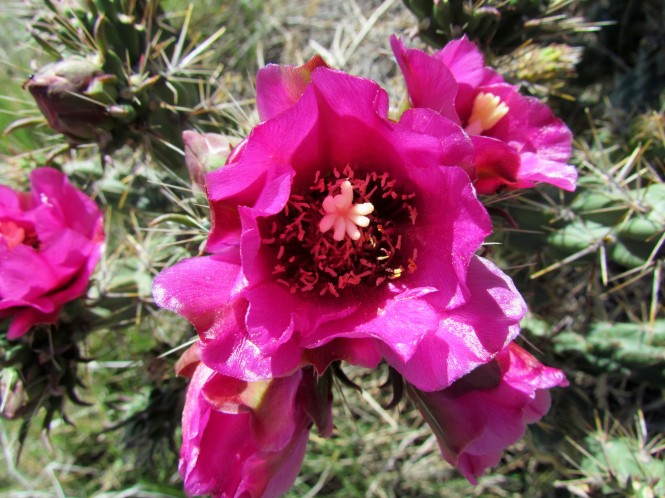 In this Colorado terrain carpeted by shortgrass prairie and dotted with cholla cactus, the most frequent feathered denizens and enthusiastic singers were Western Meadowlarks, Northern Mockingbirds, Horned Larks, Lark Buntings, Mourning Doves, and Cassin’s Sparrows, and they serenaded us throughout the morning hours. Red-tailed, Swainson’s, and Ferruginous Hawks soared in the cloudless sky. Our species count in this relatively homogeneous habitat was 35.

At our first few stops, we wore long sleeves, but the rising sun quickly made us peel off layers. Besides feathered we saw furred creatures: fox, coyote, pronghorn, and jackrabbits. And two turtles that traversed our path. When I transferred one from the middle of the road, I was promptly reminded that numerous animals relax their bladders when stressed. My rescue was probably unnecessary, because we encountered a mere four vehicles in five hours. 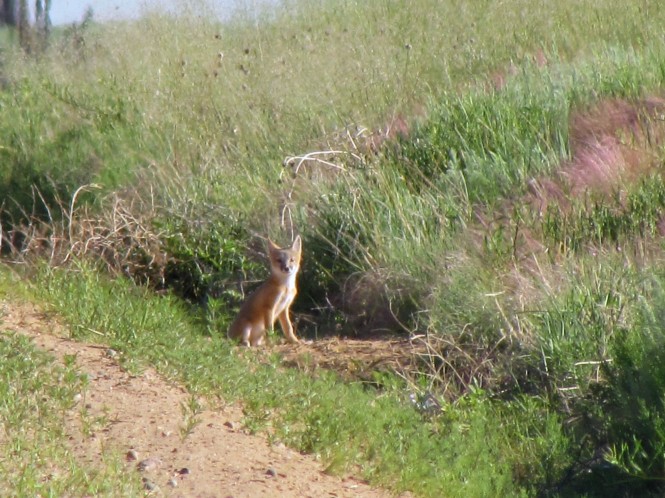 Shortly before the conclusion of our survey at about 10 AM, we happened across a prairie dog town. Luckily, the endearing rodents shared space with Burrowing Owls, always a treat. One of them perched on a post next to the car, and its stare seemed to suggest it was time for us to leave. We obliged.

Scattered ranches represented human activity on this challenging land, some active, some in ruins. We were particularly impressed by a sturdily-built structure with a stone foundation. Who had resided there, in somewhat grand style? What human stories happened under its now defunct roof?

Similar to previous sojourns in Colorado’s prairie, my appreciation for the human, animal, and plant life adapted to an austere environment only deepened.

Thank you for inviting me along, Diana.