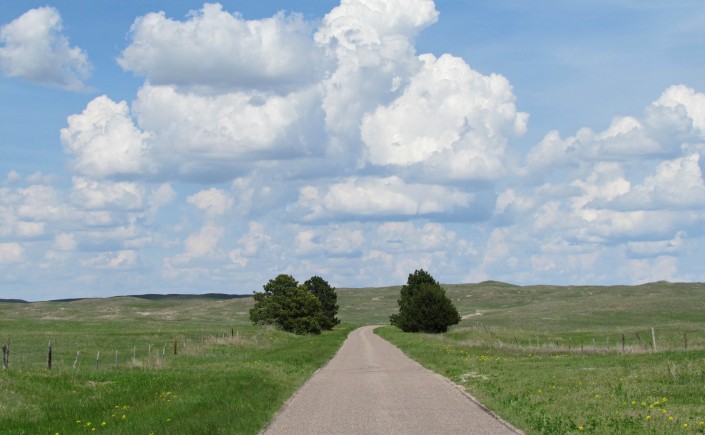 Having previously traversed parts of Nebraska, my husband and I had read about its Sandhills (or Sand Hills), and heard them mentioned by friends as an attractive destination. In May of this year, we explored Nebraska’s panhandle, which abuts Colorado’s northeast corner and which is home to the western portion of the Sandhills. Without much research, we did not know what to expect. Would they resemble Colorado’s Great Sand Dunes, or New Mexico’s White Sands?

Nothing could be further from the truth. Rolling hills they were, but from a distance their sandy substrate was not immediately obvious. As a result of wind and time, plant seeds have been transported and deposited there, taken root, and transformed a barren aggregate of granules into a landscape of lush, green mounds and valleys. They cover an area of about 20,000 square miles and occupy an elevation that ranges from 1,800 feet in the east, to 3,600 feet in the west. Teeming with wildlife typical of the Great Plains to which the Sandhills technically belong, and being part of the Central Flyway, I encountered several birds for the first time, or, in the case of the Ring-necked Pheasant, reacquainted myself with a species that used to be common in Germany during my childhood, but whose numbers there have since declined. 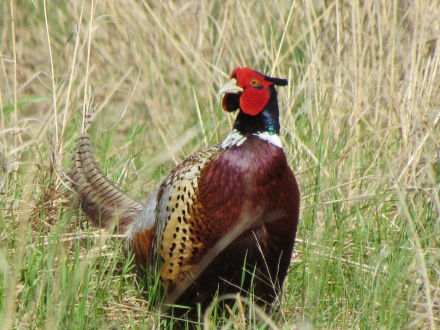 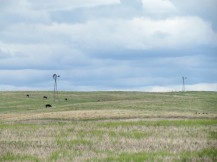 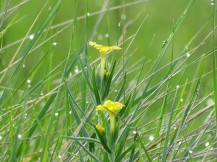 Our flexible itinerary underwent adjustments when two successive days of not merely rain, but downpour, foiled some of our plans. From Oshkosh, where we had spent the night in a motel, rather than in the tent as desired, we reached Chimney Rock National Historic Site and Scott’s Bluff National Monument, both located along the North Platte River, and both significant landmarks for those traveling overland on the Mormon Pioneer, the Oregon, and the California Trails. While we learned much about those emigrant trails and their travelers at both visitor centers, we caught only wet glimpses of the outdoors, instead of hiking it as intended. 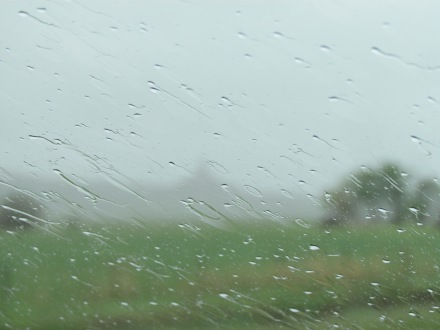 A watery view of Chimney Rock 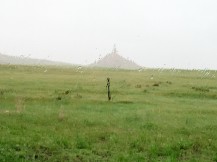 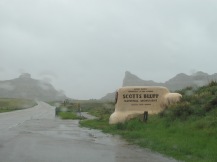 Scott’s Bluff in the rain

Likewise at Agate Fossil Beds National Monument, where our journey took us next. Its visitor center offered information not only about local fossil finds, but also housed the impressive collection of one of the local settlers, James. H. Cook, who befriended Red Cloud, a well-known Sioux Chief. He donated many personal items to Mr. Cook that are representative of the Plains Indians culture and offer valuable insight into everyday life and native customs. 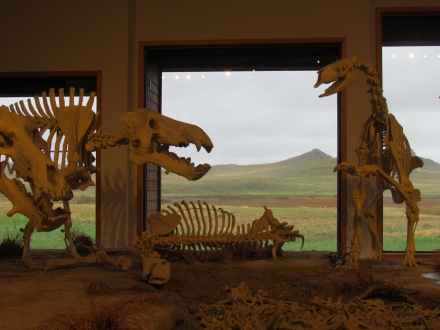 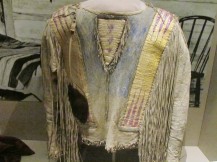 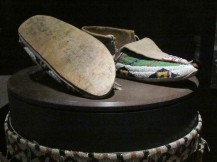 To complete our circle back to Oshkosh, I chose a route leading past Fort Robinson and Chadron, then to and through Crescent Lake National Wildlife Refuge, which promised a wealth of birdlife, as did several smaller neighboring lakes dotting the map. Unbeknownst to us, even though we had left the rain behind, the plentiful precipitation of four-plus inches in twenty-four hours, in addition to high water tables from previous rains, had resulted in the flooding of low-lying stretches of a number of roads. The birds loved the expanded watery realm and were thick not purely in the usual ponds, but also in the temporary bodies of water created by the rains. This windfall (or, to be exact, waterfall), afforded me close looks at a variety of waterfowl; at the elegant Upland Sandpiper, previously glimpsed only once; at an American Bittern, an elusive bird, and an addition to my life list. It pretended to be a reed, as is its wont, but did not call. For an opportunity to hear its unusual vocalization, please click on the link to the Cornell Lab of Ornithology. 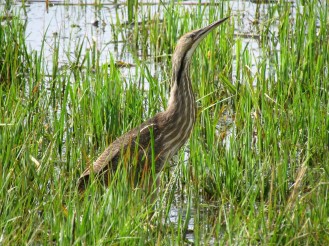 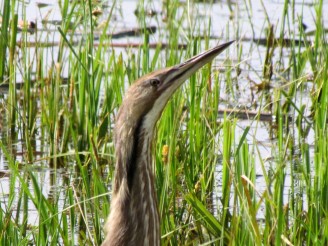 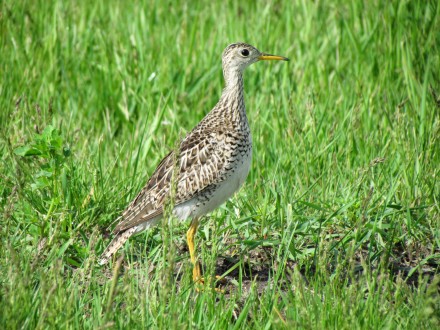 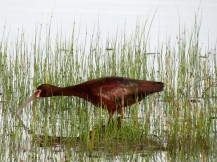 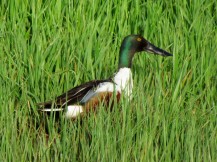 These heady experiences came, however, at the cost of several white-knuckled, heart-skipping moments, on account of multiple water crossings. Our old and trusted Subaru with nearly 225,000 miles on the odometer did not let us down, and we breathed a sigh of profound relief when we realized that we did not have to wade through calf-deep water to seek help to get towed. In retrospect, it was foolish and entirely uncharacteristic for us to continue on this route, but once we had forded a couple of flooded segments, we did not want to turn around and re-live those. I was also beguiled by the avifauna which might have impaired my judgment, but my husband, a birder only by association, did not even get a similar pay-off as I, and had to maneuver the car through the watery depths to boot. 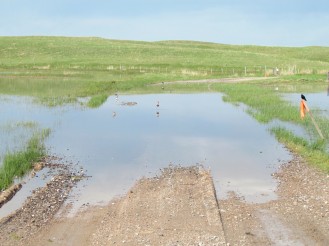 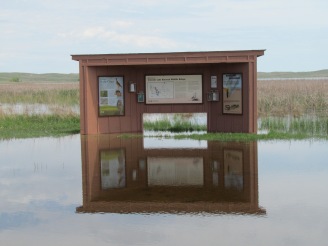 Honey, I appreciate your never-ending support and your willingness to accompany me to locales that allow me to indulge in my favorite hobby.