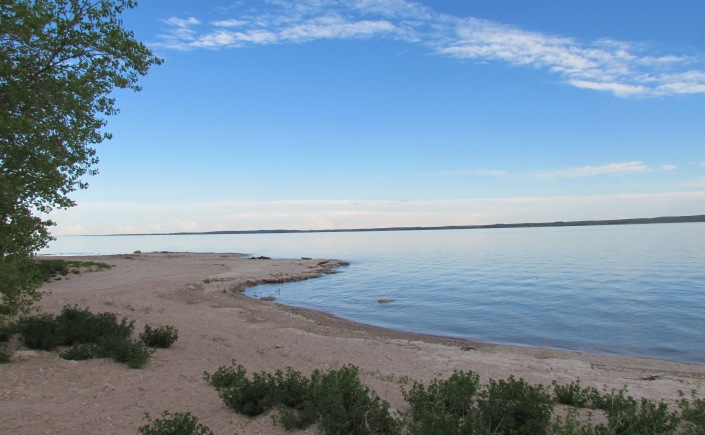 Until the final two days of our May trip, we were not aware that Nebraska, a landlocked state, has its own ocean. Confused? So were we. If we had been blindfolded and dropped in this location, we might indeed have deemed ourselves at the beach of a vast sea, stretching from horizon to horizon. With our toes digging into fine sand and touching the edge of an immense body of water, we were able to relate to “Nebraska’s Ocean,” one of Lake McConaughy’s playful monikers (another is Big Mac), even after we learned that it is “only” the state’s largest reservoir, twenty-two miles long and four miles across at its widest point. Created by impounding the North Platte River behind Kingsley Dam which was constructed between 1936 and 1941, the reservoir provides and controls the water supply for agricultural use, and generates energy via a hydroelectric power plant. 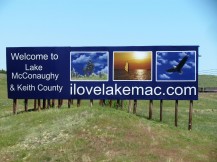 The lake has become a major destination for vacationers as it offers boating, fishing, hunting, and camping. With numerous campgrounds, particularly along its northern shore, the main difficulty for us in choosing a campsite would have been an embarrassment of riches. Instead, by following the suggestion of the friendly receptionist at the visitor center, we enjoyed the smaller and less busy Lake Ogallala campground at the foot of Kingsley Dam. A stiff breeze was blowing all afternoon on the day of our arrival, and an impressive storm illuminated the surrounding night sky, but only touched us with brief lightning, claps of thunder, and a few heavy droplets. In the wake of this unsettled front followed two calm nights and days.

View of Lage Ogallala from the dam

Home away from home

Our daytime hours were filled with birding, reading, writing, and simply hanging out to enjoy the scenery. As we traveled during the week before Memorial Day weekend, the unofficial beginning of the summer season, we knew we would have to deal with increasing numbers of campers, but we were fortunate to have considerate neighbors, so that all we heard at night were the hoots of owls and the shrieks of grebes. As Nebraska’s feathered denizens differ from Colorado’s, I relished the opportunity to familiarize myself with more Midwestern species. 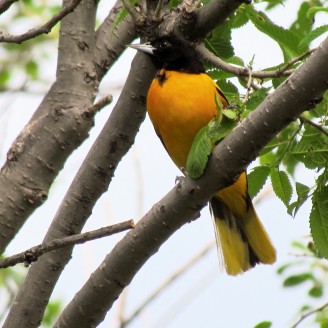 My most memorable avian encounter happened not at Lake Ogallala, but at “Big Mac.” As one of the few inland breeding sites of a rare species, portions of the beach are off limits to human use during the summer months, but the birds in question occasionally venture outside. On our second evening, we took a couple hours to explore stretches of the north shoreline, where several had been sighted. After two or three unsuccessful stops, I made one last effort and strolled down to the water’s edge. Wishful thinking sometimes makes us see things that are not there, which was the first thought that crossed my mind when I saw a diminutive bird chase away a Killdeer, nearly twice its size. My heart skipped a beat when, staring through my binoculars, I grasped that I was, indeed, looking at a Piping Plover, one of an estimated 8,400 individuals worldwide, all of which live in the Americas. Of the two existing populations, one breeds at the Atlantic seaboard in the Northeast; another prefers lakeshores and rivers of the Great Lakes and the Great Plains. In the Great Lakes region, they are considered threatened; in the other two endangered. Adding this little lifer was a big deal, and, according to my husband, my formerly tenuous mood improved immediately. I hate it when he is right! 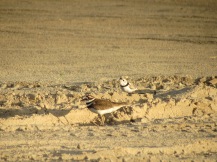 To avoid the weekend crowd, we slowly packed up on Friday morning, then bid Nebraska goodbye, grateful for a week packed with many new impressions and much food for thought.