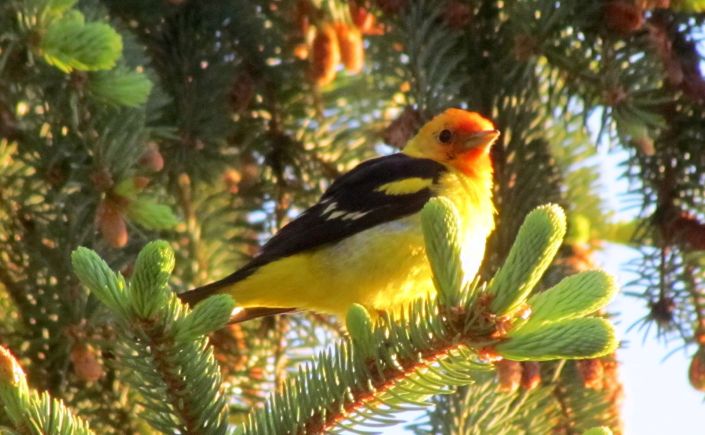 Among our migratory birds, one of the more color- and cheerful representatives is the Western Tanager. As the name implies, it does not typically frequent the eastern part of the Americas, but from its winter quarters in Central America or Mexico journeys to US states and Canadian provinces west of the Great Plains, where it raises its brood in coniferous and mixed forests at elevations of up to 10,000 feet.

Even though tanagers are chiefly insectivorous, their diet also includes berries. This partial sweet tooth is responsible for their appearance at feeders supplied with oranges and grape jelly. For the first time this year, these foods have been part of our offerings and have been well received—by more than the species in question. While tanagers and similarly brilliant birds were replenishing their fat stores for a few weeks following their northbound travels, flickers and flashes of color fluttered regularly through our yard.

As is frequently the case in the avian universe, males are more flamboyant. The understated females are outfeathered by their mates with their bright yellow bodies and orange to red heads. Interestingly, in contrast to other species whose orangeness results from dietary carotenoids, Western Tanagers absorb the rarer pigment rhodoxanthin from certain insects. Often described as flame-colored, for me they evoke the shades of the sky during sunrise—as if from the black of night emerge the lemon, peach, and apricot hues of a new dawn. 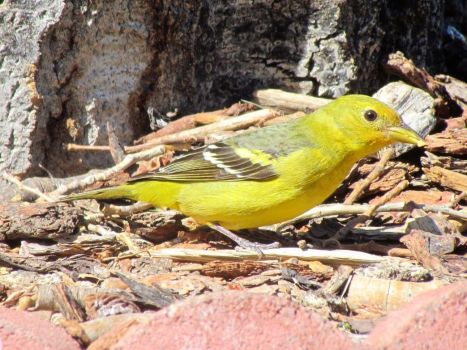 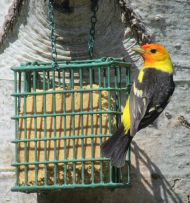 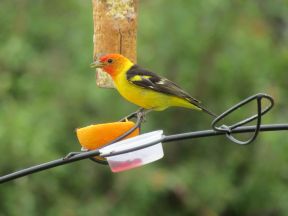 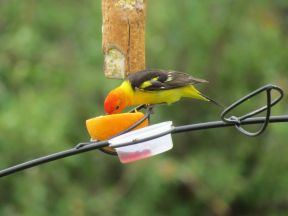 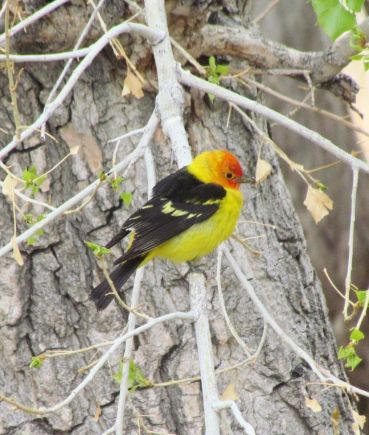 To learn more about Western Tanagers, and to hear their vocalizations, please follow the link to the Cornell Lab of Ornithology:

71 thoughts on “Here Comes The Sun”