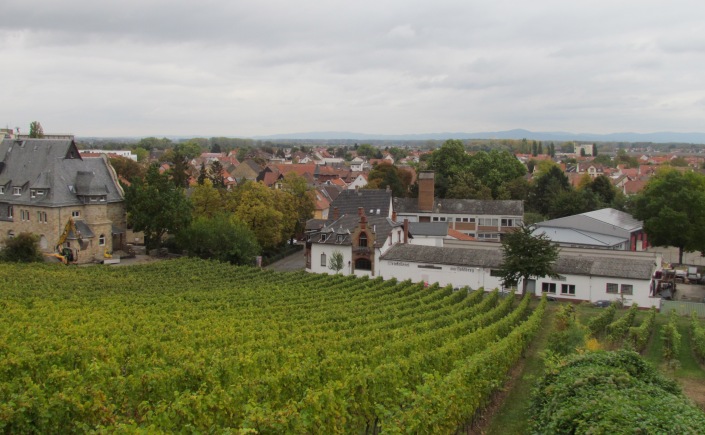 Whenever I have occasion to travel to Germany, I set my proverbial sail for my port of call: Osthofen. Scene of the first six years of my life, before a move to neighboring Westhofen with my parents, it has, once again, become my father’s chosen hometown. It is his company I seek, his domicile, where he and his significant other spoil me (or us) with their hospitality. Much to my chagrin, instead of experiencing their warm welcome in person, I can only reminisce about it at present.

Like many communities in Rhineland-Palatinate’s Rheinhessen region, Osthofen is famous for its wines. Viticulture has been practiced in the climatically conducive Rhine Valley since its introductions by the Romans 2000 years ago. Many families have benefitted from the river’s proximity, and, for generations, have been proud caretakers of countless vineyards. They cover the rolling hills, and change their apparel with the seasons. Distinctive turrets rise between the orderly rows of vines and are reminders of days when guardians took up temporary residence in them near harvest times, to discourage voracious birds from devouring the crops by firing loud shots into the air. Those human deterrents have long been replaced by noise-producing cannons. 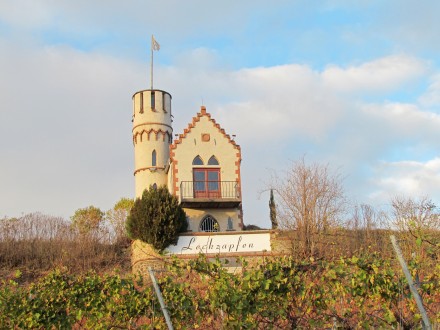 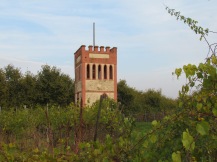 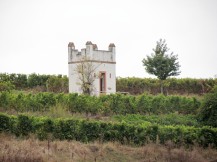 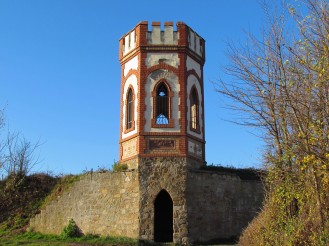 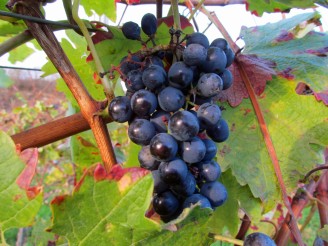 Strolling through town and its environs transports me to back to my childhood: Living with my paternal grandparents when I was an infant, until my parents built our first home. Being baptized at the local church. Attending the first three grades of elementary school. Returning in subsequent years to see family and friends, and to play team handball in a local club. The existence of the railroad has always guaranteed convenient connections to two significant destinations, Worms and Mainz, where I attended high school and university, respectively. 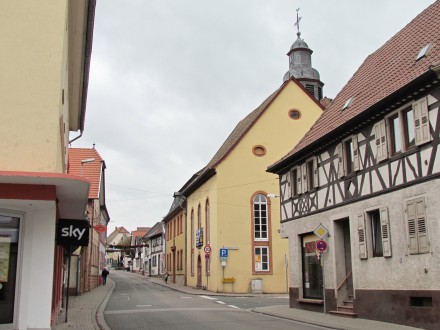 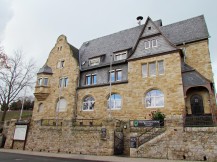 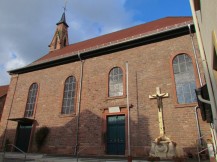 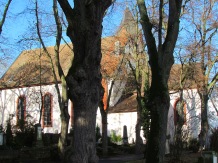 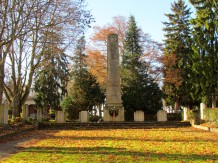 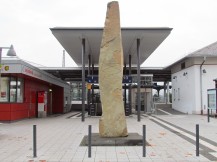 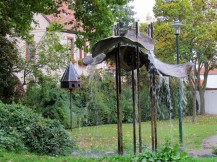 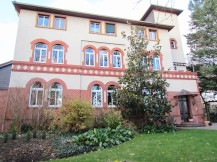 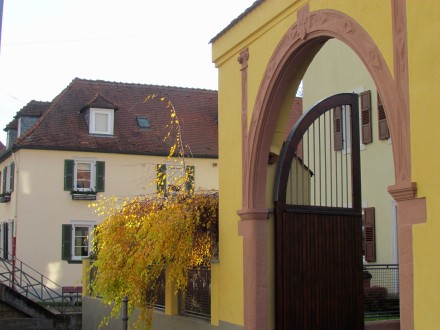 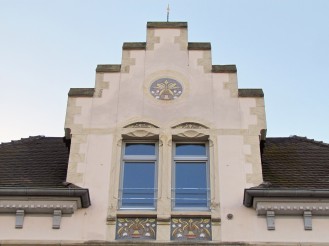 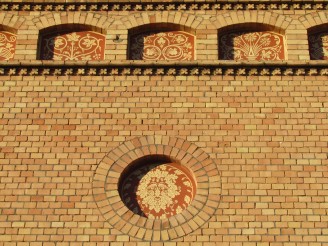 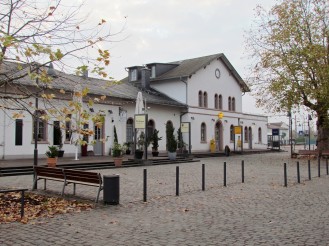 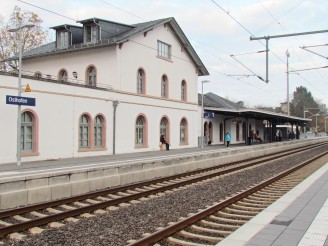 Osthofen’s chronicles contain both light and dark chapters since the settlement was first mentioned in the 8th century. In 1621, it was destroyed during the 30 Years’ War, before being rebuilt. It hosted Richard Wagner in 1862, when he visited fellow composer and native son, Wendelin Weißheimer. 1933 cast its long, sinister shadow over the town. A former paper mill was re-purposed into a concentration camp for enemies of the newly-elected National Socialists, until their transfer to other facilities in the following year. Today the building houses a museum and an educational center that document the atrocities committed during Hitler’s calamitous regime. 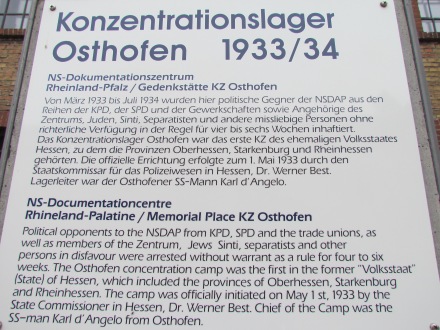 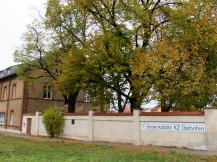 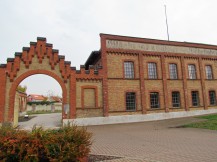 Whenever possible, I spend time in nature. Like many agriculturally overdeveloped areas, arable land not covered in vineyards is subjugated to the plow and planted with grains or beets. Few natural enclaves remain, little habitat for untamed beings. Yet a small, man-made pond attracts waterfowl both domestic and wild, and the local cemetery with its old tree growth provides a haven for feathered and furry friends. 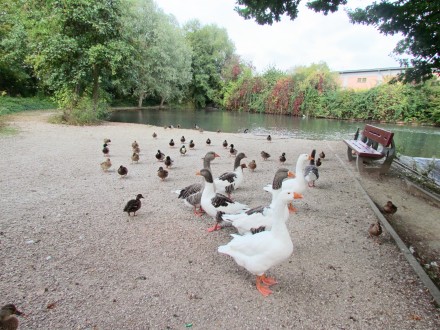 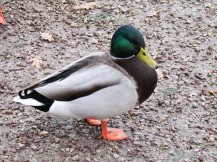 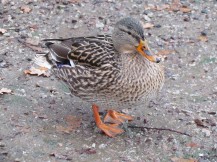 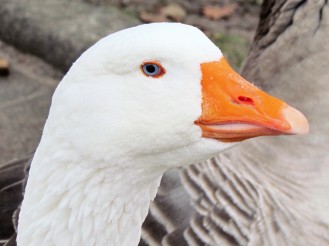 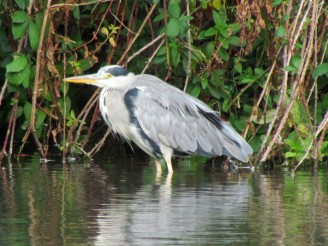 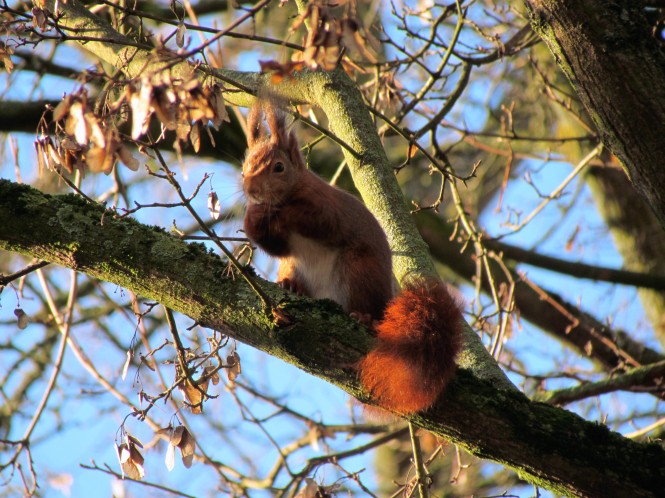 In response to my recent blog post “Sit And Stay A Spell,” my dad sent me this photograph of a bench. It has been in our family longer than I have, and was once a place to lounge on while making phone calls to friends. It has weathered repeated moves, and is now weathering the elements in my father’s driveway, where I hope to (gingerly) sit on it during my eagerly awaited next visit. 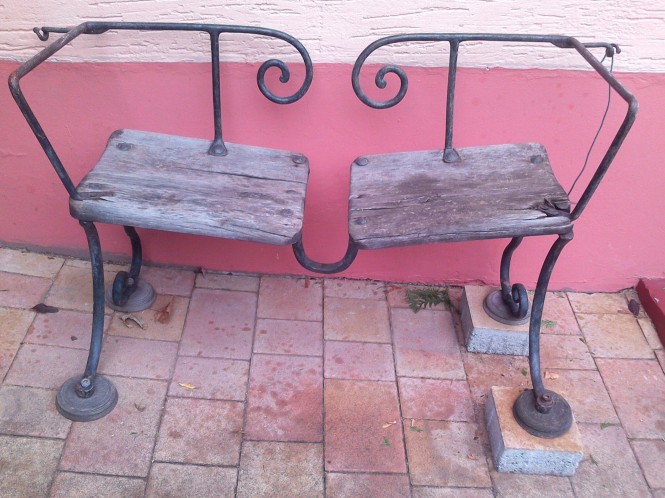 40 thoughts on “Home Away From Home”